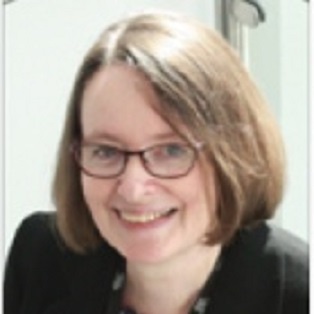 Di graduated from the University of St Andrews with a degree in French Language and Literature in 1981. She started her career in educational administration for Oxfordshire County Council and quickly developed a passion for education in the community.

Di managed a number of adult education and youth centres, before becoming a county officer.

Her career then took her to Abingdon College in 1992 as the Head of Community Education (adult learning). After working in a number of different roles within the college, she became a member of its senior team, helping to manage the merger in 2001 with the former West Oxfordshire College, and became Deputy Principal in 2011. Di was appointed Principal and Chief Executive of Abingdon and Witney College in January 2016.

Di led on the transfer of the Oxfordshire Skills and Learning Service, where she had started her career, from Oxfordshire County Council to the college in June 2015. During her time at the college she has been instrumental in a number of successes, including achieving student success rates that placed the college consistently in the top 10% of colleges in England, and first in Oxfordshire.

In 2014, Ofsted awarded the college an outstanding grade for Leadership and Management and - in April 2015 - the college achieved the highest timely success rates in England for 16 to 18 apprenticeships.

In 2016, the college vocational level 3 provision was the best in England and in 2018, the college was named best provider of apprenticeships in the south of England.

Di is married, with three grown-up children. In her spare time, Di is a keen birder, and has started her second self-build project.

She was awarded an MBE in the 2020 New Year's Honour list.