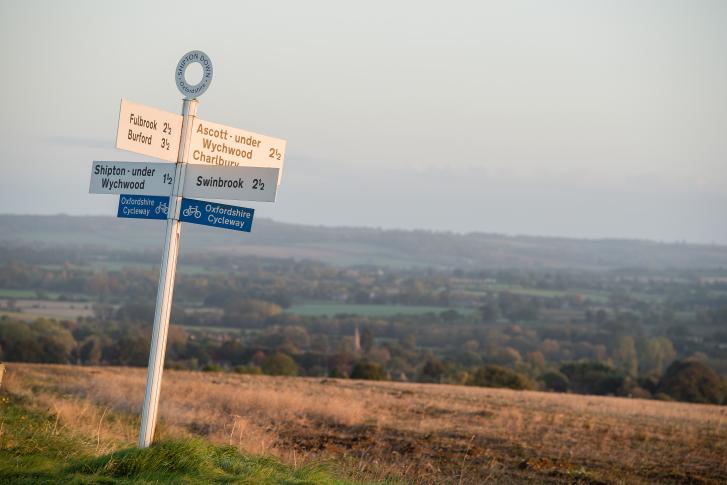 Young people from across Oxfordshire – keen to establish a career in agriculture – are set to benefit from the opening of a major new skills centre near Witney which, in-turn, could play a key role in growing the county’s economy.

The Agritech Innovation Skills Centre – being developed at Abingdon and Witney College’s Common Leys campus on the outskirts of Witney – will provide a ‘highly-technical’ environment, supporting courses and research relating to livestock husbandry.

The centre has been built to combine theory teaching spaces and a livestock area, capable of supporting the latest agricultural technology.

It is set to open to students in December this year.

OxLEP is one of 37 Local Enterprise Partnerships (LEPs) in England playing a key role in driving forward economic growth and – by 2021 – it’s expected that central Government will have invested over £12bn into the UK economy via the Local Growth Fund.

Nigel Tipple – OxLEP Chief Executive – said: “Such a significant project will, first and foremost, have a positive impact on the agri-tech sector, as well as supporting young people and their skills development.

“It also provides a real opportunity for Oxfordshire to continue to drive dynamic economic growth through this sector – both locally and nationally.

“We are delighted to have secured such a significant Local Growth Fund allocation for this project and we are sure it can be real asset to Abingdon and Witney College’s future growth plans.”

Through Local Growth Fund investments, OxLEP – working with its partners – aims to support the development of skills, meeting the needs of local employers, as well as building on Oxfordshire’s strengths in research and development.

Di Batchelor – Principal and CEO at Abingdon and Witney College – added: “We have always been extremely proud of our Land-based facilities, staff and students. This new centre will enable us to take our provision to the next level and prepare us for the future, whilst always ensuring that our courses are as accessible and inclusive as they always have been.

“We’re thrilled that the Local Enterprise Partnership recognise the importance of Agritech to Oxfordshire and thank them for their continued support, we cannot wait to complete the build and get the first students through to the doors!”

Pictured: The Cotswolds - Oxfordshire is the most rural county in the South East of England