BLOG: The next chapter for storytelling 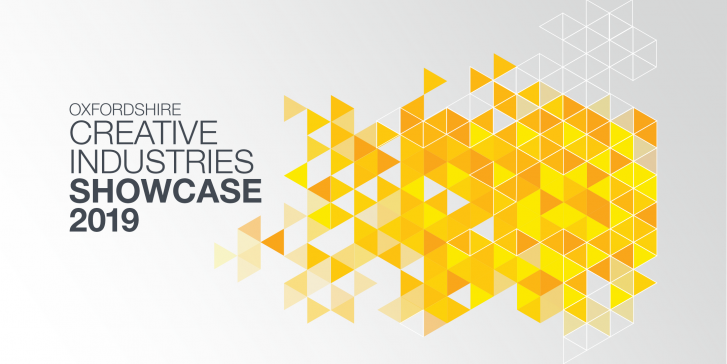 In the lead-up to the Oxfordshire Creative Industries Showcase on 27 June, we will be featuring a number of blogs from partner organisations taking part in the event at Oxford Brookes University.

The urge to tell stories is a fundamental human instinct. From cave paintings to contemporary podcasts - we are the tellers of tales. And there has never been so many platforms and possibilities in the crafting, sharing and enjoyment of those tales.

The convergence of traditional mediums and emerging technologies is driving not just new forms, but new principles and methodologies for immersing audiences deeper into the storyteller’s world.

Forget the fourth wall. We aren’t just interacting with stories – characters are awaiting our instruction. Most recently, Bandersnatch on Netflix was a challenging feat of storytelling - its creator Charlie Brooker likened the experience of writing it to ‘trying to do a Rubik’s cube in your head’.

But in this era of immersive content, where and how will traditional formats continue to fit?

This is the subject we’ll be discussing at the Oxfordshire Creative Industries Showcase on 27 June. Joining me are industry leaders from across media to share their insights on the future challenges and opportunities for storytellers:

Stephen Johnstone is Managing Director of Mediapro’s UK studio. The Spanish media giant behind titles like VICKY CRISTINA BARCELONA, MIDNIGHT IN PARIS and THE YOUNG POPE is seeking to increase its creative and commercial collaborations in international drama and entertainment. Stephen is leading the UK division developing a slate of co-pros with homegrown talent. With extensive experience working in broadcast and producing content for platforms such as Amazon Prime, he’ll be offering his take on the future of commissioning.

Chris Burns is the BBC’s Head of Audio & Digital and is responsible for the 39 local radio stations in England. Chris will be sharing her extensive editorial experience in radio, along with thoughts on the explosion of podcast content and distribution platforms such as Audible. We’ll also be asking for her take on the compelling power of audio and the unique relationship between storyteller and listener.

Alison Norrington is something of an expert when it comes to transmedia storytelling. As the Founder and Chief Creative Director at Storycentral she works with a vast range of content creators from studios, TV networks, theme parks and agencies to publishers, brands and writers to develop and prototype innovative intellectual property, encouraging new methods for connecting with audiences.

And Guy Gadney is the Co-Founder and Product Director at Charisma.ai, a platform which enables writers to create complex interactive narratives acted by AI-driven characters. Based in Oxford, Guy will be sharing his thoughts on the future of the region’s creative industries sector and the role which artificial intelligence will play in mainstream storytelling.

With over 3,000 creative businesses, from publishers to games developers, Oxfordshire has the potential to be one of the country’s most vibrant creative clusters. I’m looking forward to chairing this discussion at the Oxfordshire Creative Industries Showcase next week - and hoping to meet the region’s storytellers of the future.