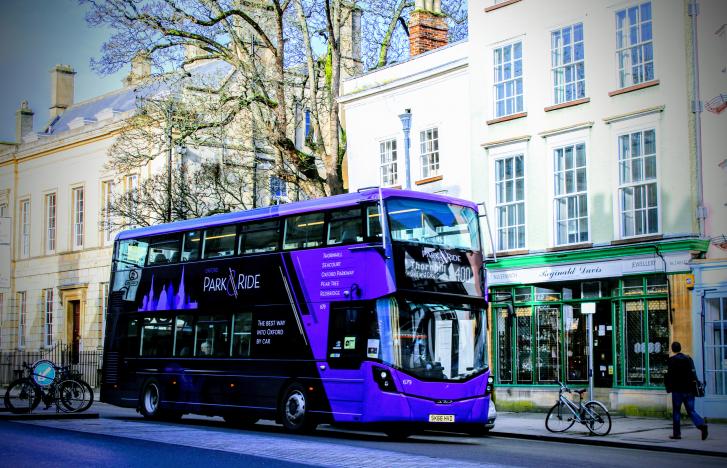 A campaign has been launched to encourage people to travel via buses in Oxfordshire to help combat the cost-of-living crisis.

The multi-partner campaign, led by Oxfordshire County Council, is designed to highlight the financial advantage of taking a bus over a private vehicle, where possible, during the current cost of living challenge caused by rising inflation.

With the cost of fuel at record levels commuters and leisure travellers can achieve significant savings by swapping using private vehicles for buses, where practical.

Oxfordshire County Council is delivering the campaign in partnership with Oxford Bus Company, Thames Travel and Stagecoach. Sharing the experiences of bus users and how they have benefited from cost savings will form a key part of the multi-channel campaign.

Petrol and diesel prices reached record highs this month, with the cost of filling up a 55-litre tank family car now more than £100 on average. Fresh data collated by bus operators has revealed savings which can made before factoring in paying to park:

Bus passenger levels are currently running at between 75 and 80 per cent of pre-COVID levels. Without improvements and action, including continued government financial support, services may have to be reviewed later this year.

Councillor Andrew Gant, Oxfordshire County Council’s Cabinet Member for Highways Management, said: “We are committed to ensuring that the bus is a reliable, affordable alternative to the car. That’s more important now than ever as we face this cost of living crisis.

“This council is doing everything in our power to make buses a success. We’re working with the operators to improve punctuality and to make public transport the most attractive and affordable option for getting around the county.”

Councillor Louise Upton, Cabinet Member for Health and Transport, Oxford City Council, said: "Buses are really important for getting around our city and many Oxford residents rely on them. Right now, with fuel costs so high saving money is important for all of us, so why not think about making your journey by bus instead? It can save you money, help save the planet and will reduce the number of vehicles on our roads."