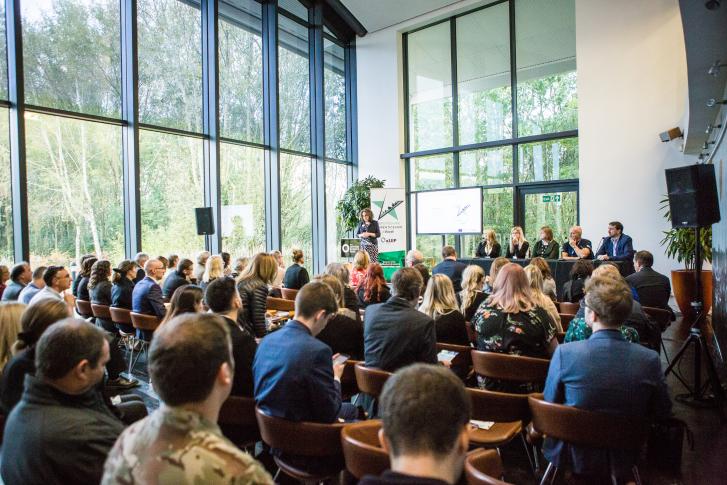 The launch event – held at the Sadler Building at Oxford Science Park and led by OxLEP Skills – saw previous winners, potential 2020 award applicants and key players from across the Oxfordshire skills ‘landscape’ come together to discuss the success of apprenticeships and some of the challenges businesses may face in offering them.

Titled: ‘Apprenticeships – working for you’, the breakfast event saw a guest panel share their experiences and advice on apprenticeships alongside a question and answer session, as well as the official awards launch.

Next year’s Oxfordshire Apprenticeship Awards will be taking place at Williams F1 Conference Centre on Thursday 2 April. It follows the success of this year’s event, which saw around 150 people attend the awards at Jurys Inn Oxford.

“Many Oxfordshire businesses are committed to creating apprenticeships, seeing them as a positive way of developing a highly-trained workforce for the future – through the 2020 awards, we hope to engage even more businesses.

“Discovering young talent through apprenticeship schemes can help businesses to ‘stay ahead’ of competitors and – in-turn – support young people to gain great qualifications too.”

Completed entries and nominations must be returned by email to skills@oxfordshirelep.com by midnight on Monday 13th January 2020.

Find out more and enter now