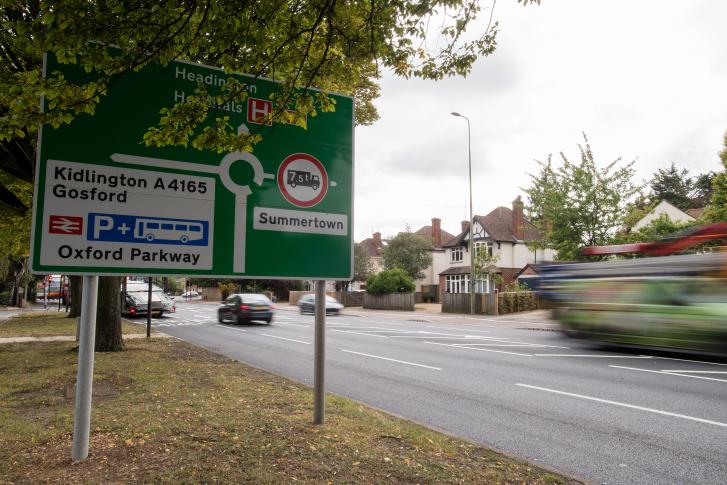 The Oxfordshire Growth Board – of which OxLEP is a member – has published details of the first round of infrastructure projects to receive funding in year one of the five-year Oxfordshire Housing and Growth Deal, signed last month with Government.

The Deal will deliver £215m over a five year-period to fund infrastructure and affordable housing. It helps underpin Oxfordshire’s ambition to plan and support the delivery of up to 100,000 new homes across Oxfordshire between 2011 and 2031. This is the level of housing growth as identified by the Oxfordshire Strategic Housing Market Assessment 2014, and is consistent with that planned for in existing and emerging Oxfordshire Local Plans.

Ten key projects from across the county will share around £12m-worth of funding over the next year. The schemes include a feasibility study to provide a westbound bus lane linking Wolvercote to the proposed Eynsham park and ride site; improvements to key link roads in Carterton and Banbury; widening of the Botley Road rail bridge in Oxford and improvements to the Botley Road corridor; and upgrading Featherbed Lane, near Milton Hill to provide improved and safer access between the Didcot and Wantage areas.

In addition, the Growth Board has announced a further £20m of funding to be used in South Oxfordshire, Vale of White Horse, Cherwell, West Oxfordshire and Oxford to support a range of other infrastructure projects. These projects are being finalised with developers and landowners before the details can be announced.

In total, around £30m will be spent on infrastructure in the first year (2018/19), with similar amounts in each of the following four years. The money will be used for detailed design work and to determine funding required from developers and other sources, or to kick start initiatives and pay for works. The new infrastructure will help support the delivery of new homes to address the county’s severe housing shortage and expected economic growth.

While the £150m infrastructure funding in the deal does not meet the full infrastructure investment needed to support new housing in Oxfordshire, it will underpin the delivery of approximately 6,500 houses during the five year period of the deal, and a total of up to 14,000 by 2031. It will also establish an infrastructure fund that will lever in additional investment.

All the projects receiving funding, whether announced today or still in negotiation, are included in district and city council Local Plans and in the Oxfordshire Infrastructure Strategy (OxIS), which sets outs the county’s infrastructure priorities.

The first £30m marks the start, with more projects under consideration for inclusion in the rest of the five-year programme which is now well under development.

Making today’s announcement, Councillor Bob Price, Chair of the Oxfordshire Growth Board said: “This is a significant moment for Oxfordshire. Just last month all the districts, the city council and the county council united to seal a deal with Government, and now we are delighted to announce this first year of funding to start delivering the infrastructure residents have been calling for as we continue to prosper and grow as a county.”