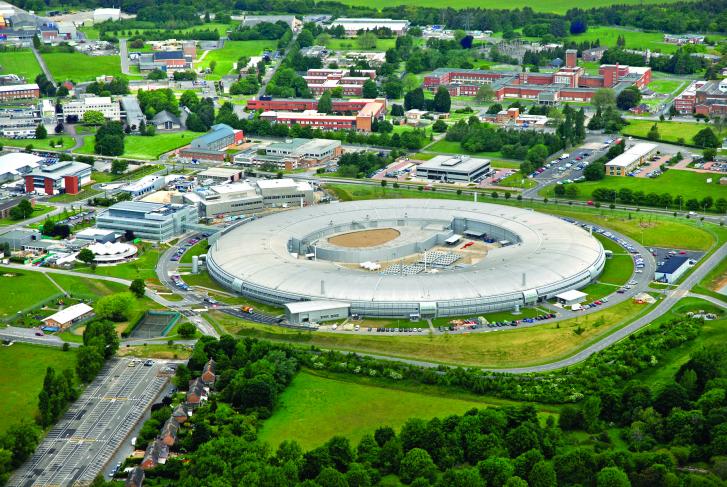 All members of the Oxfordshire Growth Board have now approved the Oxfordshire Housing and Growth Deal, following the vote of support at Cherwell District Council last night (26 February).

Final sanction for the Deal is expectedly shortly with signature of the Secretary of State for Housing, Communities and Local Government.

The Deal offers £215 million of Government funding over a five year period to support Oxfordshire’s ambition to plan and support the delivery of circa 100,000 new homes across Oxfordshire between 2011 and 2031 to address the county’s severe housing shortage and expected economic growth. This is the same level of housing growth as identified by the Oxfordshire Strategic Housing Market Assessment 2014, and is consistent with that planned for in existing and emerging Oxfordshire Local Plans.

The Deal also commits ongoing Government support to strengthen Oxfordshire’s knowledge-intensive economy, which already delivers £21 billion a year to the nation’s economic output. A new Local Industrial Strategy for Oxfordshire will be developed, one of the first in the UK, to back the county’s science and innovation assets, and identify and grow new sectors.

In particular, support will be targeted to Oxfordshire’s world-class assets and employment sites, such as the Harwell Campus in Science Vale UK - with the intention to quickly move forward with land remediation that will enable the Campus to continue to grow creating more jobs.

Support will also be provided, working with employers and universities, to identify and address the long term skills needs of the Oxfordshire economy. This will involve building a pathway for young people to develop the skills needed to capture opportunities in the emerging growth sectors of Oxfordshire and facilitating social mobility for those at risk of social exclusion.

Once implemented, the Oxfordshire Growth Board will be responsible for oversight of the Deal, will agree delivery programmes and make all decisions on the prioritisation and allocation of the funding secured through the Deal.

Councillor Bob Price, Chair of the Oxfordshire Growth Board, said: “I’m pleased that so many councillors of all parties and from all parts of the county have backed the Deal. The Government has said this represents a ‘downpayment’ on a pipeline of infrastructure investment for Oxfordshire – and we in the county will hold them to their promise.”

Angus Horner, Partner and Director, Harwell Science and Innovation Campus, said: “Oxfordshire is a driving force behind the UK’s rapidly-growing knowledge economy and the 200-plus – and growing – science and innovation organisations at Harwell that sit at the heart of this expansion.

“Government funding is a fundamental part of our continued and growing success, and this initial payment from the Growth Deal is further Government validation of Oxfordshire’s world-leading capabilities and ongoing strategic importance to the successful implementation of the UK Industrial Strategy.

“Harwell is a knowledge economy ‘crossroads’ where people from throughout UK and abroad in industry, academia and the public sector meet and collaborate, to improve the human condition and ensure that the UK remains commercially-competitive in strategic, important global markets such as space, life sciences, energy and AI.

“To maintain our position as a world-class centre for science and innovation, we must attract and retain the brightest and most curious minds; provide a wonderful environment where people can access high-quality housing and transport; plus enable businesses to develop in an environment that fosters innovation and commercial success.

“The Growth Deal is a welcome and powerful supporting initiative from Government.”

Professor Alistair Fitt, Vice-Chancellor of Oxford Brookes University and OxLEP Board Member, said: “Many of our students of today are training to become Oxfordshire’s nurses, midwives and teachers of tomorrow. Supporting them to live within the community they will serve should be our top priority.

“A lack of affordable housing also affects our ability to attract and retain the world-class teaching, research and professional services staff we need. The Oxfordshire Housing and Growth Deal is a unique opportunity to tackle this challenge. Furthermore, it will support investment in transport infrastructure which is again important to the University, its staff and students and the wider community.”

Dr David Prout, Pro-Vice-Chancellor (Planning and Resources) University of Oxford, said: “Oxford University strongly supports investment in housing and other infrastructure in the City of Oxford and the region more widely. The University warmly welcomes the Growth Deal, which will help it maintain its global position and drive forward economic growth in the surrounding area.”

Jonathan Scheele, Vice-Chairman, Oxford Civic Society and Oxfordshire Futures Group, said: “The Oxford Civic Society and Oxfordshire Futures Group welcomes the Government’s offer of an additional £215 million of funding for the preparation of a strategic development plan for the county, to facilitate the provision of affordable housing, and to enable associated infrastructure development. We also welcome the conditions in the offer, principally that all the county’s authorities should collaborate on the preparation of a joint, properly-coordinated, county-wide spatial development plan.

“We believe that the Deal represents a great opportunity to strengthen planning processes, so that better plans and programmes can lead to better outcomes for our environment and the wellbeing of current and future residents of the county.

“Oxford Civic Society and Oxfordshire Futures Group have been advocating a central Oxfordshire development plan (a version of the proposed Join Spatial Plan) for a number of years (see our report: “Oxford Futures”, 2014). Our report argued for the proper coordination of housing and transport planning, so that homes get built where good transport facilities are available, or can feasibly be provided. We also called for excellence of design and much enhanced public consultation. We hope very much that opportunities will be seized: to strengthen the process of integrated strategic planning; to open the discussion of design standards (perhaps through a ‘super Design Panel’ for Oxon); and to ensure greater involvement of citizens in strategic planning.

“We encourage early discussions on the communications plan for the Oxfordshire Joint Spatial Plan. We also urge the integration of the communications plan into the plans of other local authorities involved in the development of the E-W Economic Corridor, ensuring that the voice of citizens is heard along the length of the Corridor.”