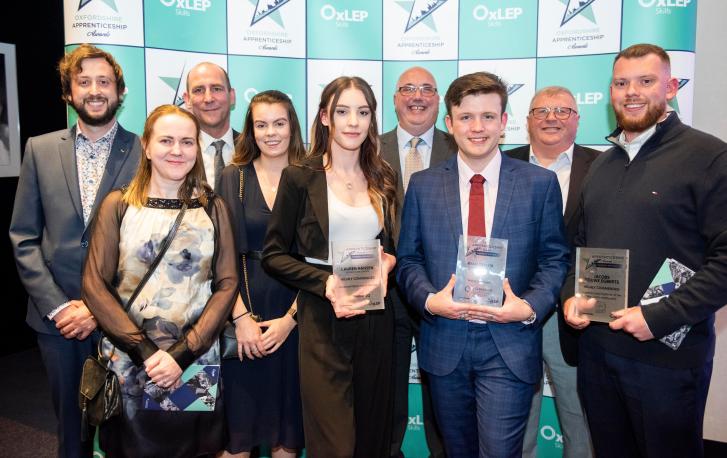 The seventh annual Oxfordshire Apprenticeship Awards will once again shine a spotlight on our county’s apprentices - and the businesses and organisations, training providers and schools that support their journey - recognising the huge contribution they make to our county’s economy at a special awards ceremony on Thursday 18 May 2023 at Williams F1 Conference Centre.

We're delighted to introduce Jacobs Douwe Egberts UK & Ireland / JDE Banbury as this year's headline sponsor. JDE UK & Ireland is a subsidiary of JDE Peet’s, the world's leading pure-play coffee and tea company, serving approximately 4,500 cups of coffee or tea per second. JDE UK & Ireland employs approximately 650 employees across three sites in Banbury, Hurley and Dublin. Read more about our journey towards a coffee and tea for every cup at www.JDEPeets.com.

JDE has been proudly manufacturing coffee in Banbury for over 55 years, producing household favourites such as L'OR, Kenco, Tassimo and Douwe Egberts. Passionate about advancing early careers, our apprenticeship programme began in 1983 and we have over 50 former apprentices across the business up to the manufacturing leadership team level. JDE associates are proud to support local charities such as Katharine House Hospice and Banbury Foodbank. If you want to find out more, please visit https://www.jacobsdouweegberts.com.

JDE Banbury are leading the way as trailblazers across OxLEP Skills' ambitious Social Contract programme, having pledged over £50,000 in unspent apprenticeship levy funds to support local organisations. Nearby to their Banbury coffee factory this pledge will support apprenticeship training for key roles including - on this occasion - the NHS and primary education.

If you would like the opportunity to support the awards, please get in touch.

Join us for Oxfordshire Apprenticeships Hour (#OAHour) on Twitter @OxonApprentice from 1pm every Thursday for latest on the Awards and join in the conversation using the hashtag #OAAwards2022.