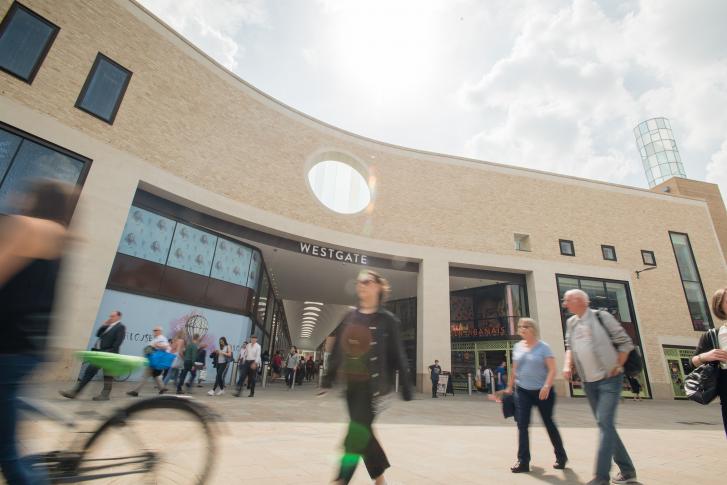 The Oxfordshire Local Enterprise Partnership (OxLEP) have announced that a package of works, supporting public transport and business in Oxford, has been delivered by Oxfordshire County Council.

OxLEP secured £1.3m of funding for the project via the government’s Local Growth Fund.

It’s hoped that this project will also aid the COVID-19 economic recovery and support the Clean Growth Challenge set by Government as part of its Industrial Strategy programme.

OxLEP is committed to improving infrastructure and connectivity across Oxfordshire and it’s hoped greater connectivity and accessibility within Oxford city centre through this programme will help to reduce congestion and travel times, support further job creation and improve the quality of life for people and communities.

Nigel Tipple – Chief Executive of OxLEP – said: “The completion of such a significant project – that will have a positive impact on our business community and indeed infrastructure in Oxford – is excellent news, particularly in a post COVID-19 economy.

“As the Local Enterprise Partnership for Oxfordshire – we will continue to play a vitally important role for the county moving forward, securing investment that enables new opportunities that benefit the county’s businesses for many years to come.

“Oxfordshire has significant ambitions, including the aim of becoming a top-three global innovation ecosystem by 2040 via the county’s Local Industrial Strategy and this Local Growth Fund project will support these aspirations.”

Councillor Yvonne Constance, Oxfordshire County Council Cabinet member for Environment, said: “While it is usually the large building schemes that grab the attention, in this instance a series of small projects have added up to improve the situation in Oxford city centre, helping to cut traffic delays and congestion.

“I am sure that those people who rely on the buses will appreciate the extra bus stops, the improvements to the existing ones, and the reduced delays. Cyclists and pedestrians too will benefit from increased safety measures and the positive impact the measures as a whole will have on air quality.

“I thank the dedicated staff who completed this work despite the additional challenges they faced due to lockdown.”