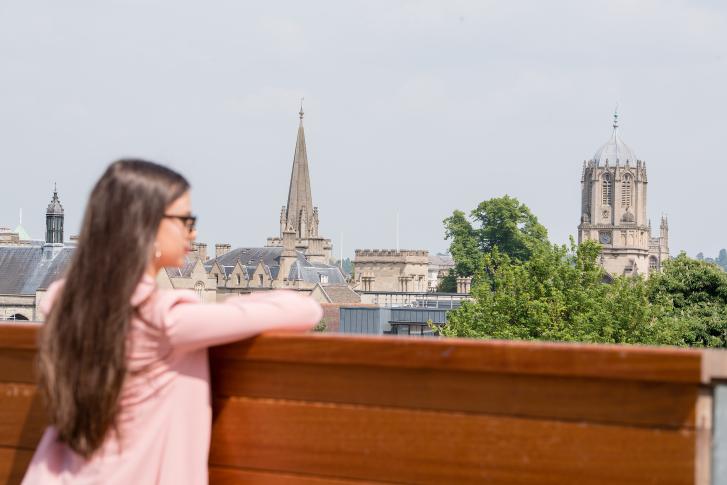 More than 20,000 visitors to Oxford have enjoyed a tour of the city via City Sightseeing Oxford’s open-top bus service since it re-opened in July.

The attraction has played a key role in helping draw visitors into Oxford as part of a wider campaign to help the city’s tourism, hospitality and retail sectors through COVID-19. And in a further boost to the city’s economy City Sightseeing Oxford has announced it will continue to operate 10 tours per day during the winter.

It comes after City Sightseeing Oxford unveiled a new Visitor Information Point in the High Street last month. The hub provides a ‘one stop shop’ for visitors, and group or event organisers visiting the city.

Phil Southall, Oxford Bus Company Managing Director said: “We’re proud to play an important role in supporting Oxford’s crucial visitor economy which is currently going through a tough time. It is important we continue to ensure the city remains a world-leading attraction and our City Sightseeing Oxford service plays a key role in this.

“The visitor numbers since we reinstated the service demonstrates there is a great desire to visit our city. While numbers are lower than normal, they are significant and provide a welcome boost to the Oxford economy. To further support the visitor economy, we have decided to continue the service during the winter.”

Councillor Mary Clarkson, Cabinet Member for City Centre, Covered Market and Culture, said: “Oxford offers a fantastic experience for visitors – not just the range of shops, from the Covered Market to Westgate Oxford, but museums, galleries and opportunities like the City Sightseeing Oxford tour buses.

“We were delighted work with Oxford Bus Company to support city centre businesses with the Rediscover Oxford campaign earlier this year, and it’s great to hear that the City Sightseeing Oxford tour buses are still proving popular. Sitting on the top deck really does offer a unique and captivating vantage to experience Oxford and its beautiful architecture.”

In the summer City Sightseeing Oxford took part in the Oxford City Council #RediscoverOxford campaign. It saw more than 1,000 residents take advantage of an opportunity to be a tourist in their own city, via a partnership between Oxford Bus Company, Oxford City Council, and the Oxford Mail. The campaign was designed to encourage people to visit Oxford city centre.

Oxford Bus Company are maintaining an enhanced cleaning and hygiene regime across its entire fleet, with a greater focus on high touch areas. Reduced vehicle capacities are in place to help maintain social distancing and customers are asked to use contactless payment or purchase tickets from apps.

OxLEP comments: End of national lockdown two and the continued support we offer your business