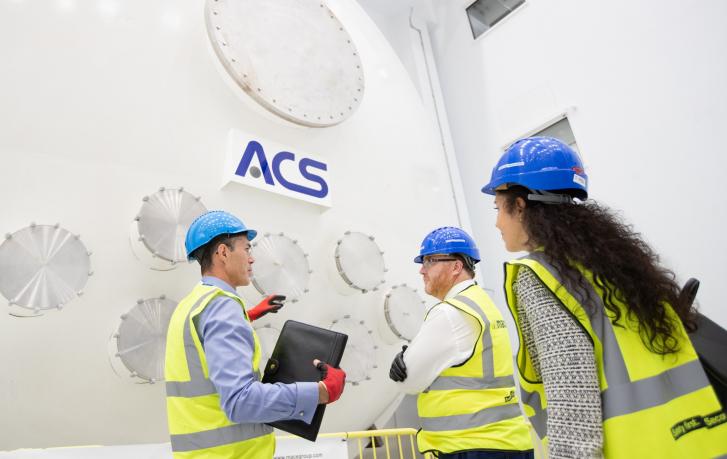 Science Minister George Freeman MP visited a number of key sites across Harwell Campus during the launch event including the European Space Agency and RAL Space – the campus' space cluster is the gateway to the UK space sector with 105 space organisations, employing 1,100 people, based at Harwell.

The strategy aims to set out the government’s ambitions for the UK in space, bringing together civil and defence policy for the first time. Across the UK, the space sector is worth over £16.4 billion per year and employs over 45,000 people in total across the UK.

The new strategy aims to build one of the most innovative and attractive space economies in the world, with the UK growing as a space nation.

The strategy outlines four key pillars which will support the achievement of that ambition:

Prior to the pandemic, OxLEP hosted a special economic briefing at the House of Commons, showcasing to investors, foreign embassy representatives and companies working in space and satellite technologies Oxfordshire's global capabilities in the sector.

The event helped to establish the UK-Australia 'Space Bridge' which was announced in July this year.

Find out more on the new UK space strategy

LAST CHANCE TO HAVE YOUR SAY: OxLEP event encourages businesses to engage with Oxfordshire Plan 2050