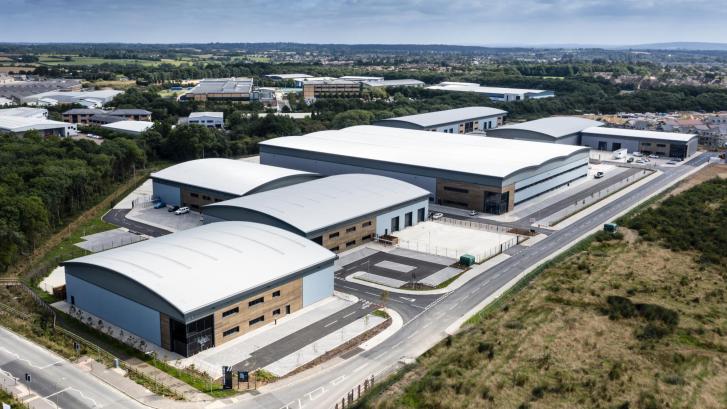 Tungsten Properties, one of the UK’s leading industrial and warehouse developers, has agreed a £26.4 million forward funding deal with NFU Mutual for the speculative development of the final phase of its warehouse and industrial project at Downs Road in Witney.

The four-unit scheme will total 167,800 sq ft and is expected to house circa 150 jobs. It was granted planning consent in February by West Oxfordshire District Council.

Warwick-based MCS Construction will start the build in summer 2022 which is due to be completed by March 2023. The final phase will bring the whole project to total approximately 470,000 sq ft.

Phase one was speculatively built in 2021 and totalled seven units. 93% of the space has been sold, which included a sale of four units to BP Pension Fund for £26 million.

Jon Brice, Fund Manager at NFU Mutual said: “We are proud to be investing in the Witney and Oxfordshire region with a development expected to house 150 jobs that will benefit the local economy.

"We believe this scheme will add much needed and high quality space to the area. In a market which is so competitive, we are delighted to have been able to secure this opportunity and look forward to working with Tungsten Properties to bring forward this scheme.”

David Mole, Development Director at Tungsten Properties added: “It is great to have agreed the forward funding deal with NFU Mutual to deliver the final phase of units in response to the high demand from fast-growing companies needing manufacturing and warehouse space in Oxfordshire.

"Our decision to again speculatively build this project demonstrates our commitment to deliver further space to create jobs and growth for both Witney and Oxfordshire.”

Find out more on Tungsten Properties