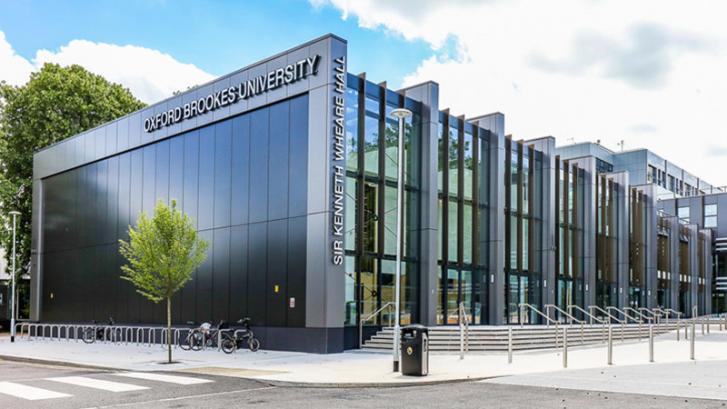 Project will reduce carbon emissions by 20%

With the world’s attention focused on the outcomes of the COP26 summit, Oxford Brookes University is introducing a major technological advancement to significantly reduce carbon use on campus.

To further decarbonise Oxford Brookes’ activities on its Headington Campus, the University will install a 500kW Geo-Exchange Heating and Cooling System to displace the use of fossil fuels. It is estimated that the new system, backed by a £2.3 million decarbonisation grant from the Government's Department for Business, Energy and Industrial Strategy, will help to reduce carbon emissions from the University’s Gipsy Lane site by approximately 20%.

First UK University to have an operational deep borehole system

The technology reduces the environmental impact of the existing heating and cooling system, and Oxford Brookes will become the first UK university with an operational deep borehole system. The concept involves the capture of waste energy from cooling, storing it in the earth for later use as heat.

The development will involve the drilling of fourteen boreholes to a depth of approximately 220m. Piping from the boreholes will connect to a flowline, trenched underground the Headington Campus’ Energy Centre.

The system replaces the use of fossil fuels and reduces energy consumption across both cooling and heating processes. Requiring significantly less space than traditional ground source heating it can be retrofitted to existing sites, such as the Energy Centre in the University’s John Henry Brookes Building.

Jerry Woods, Director of Estates and Campus Services at Oxford Brookes University, commented: “We face a climate emergency and as a university are taking bold actions to play our part in tackling the challenges ahead of us.

“We have a strong commitment to sustainability and the environment at Oxford Brookes, so I am proud that we will be the first UK university to have a completed installation of this innovative deep borehole technology. It will have a huge impact on reducing our carbon footprint, taking us a step closer to achieving net zero emissions.”

Richard Ambrose, Head of Operations at Black Mountain Development which is working with Oxford Brookes on the project, commented: “Black Mountain Developments is extremely proud to be working with Oxford Brookes University to install a Geo-Exchange Heating and Cooling System on its Headington Campus. The project will comprise the design and installation of a Geo-Exchange Heating and Cooling System to displace gas use in the existing combined heat and power system for the purpose of improvement by contributing toward the decarbonisation of the heating and cooling and hot water supply.

“The installation of Erda Energy technology will support the University in reaching the objectives set as part of its climate emergency declaration, and we very much look forward to commencing with the development.”

Oxford Brookes is committed to a range of ambitious sustainability targets. Earlier this month the University declared a climate emergency and set out ambitious sustainability targets with an intention to become a net-zero organisation by 2040. Earlier this year, Oxford Brookes signed up to the Zero Carbon Oxford Charter pledge to achieve net zero carbon emissions as a city by 2040.