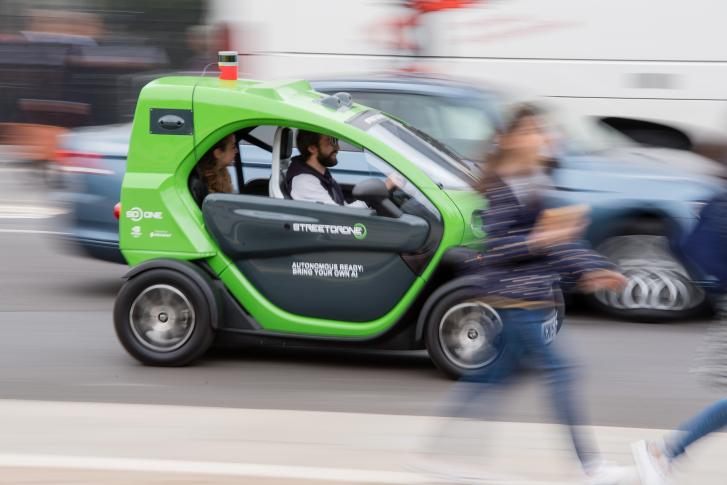 Economic assets that not only have worldwide reach, but are internationally-established too, are set to become vital as the UK move towards building a globally-facing economy, and – it’s fair to say – that Oxfordshire has more than its fair share.

We truly are a major asset to the UK economy. Not only are we currently one of just three net County areas that contribute to the exchequer with a GVA of £23bn a year – but we have genuine global assets that are growing from strength-to-strength. Alongside this, what’s also equally impressive is the future capabilities of Oxfordshire through four transformative technologies.

We are world-leaders in the technologies of digital health, space-led data applications, autonomous vehicles and technologies underpinning quantum computing. A science and innovation audit  – carried out by the Oxfordshire Transformative Technologies Alliance last autumn – suggested that, if fully-utilised, these four technologies alone could potentially add £180bn GVA growth to the UK economy by 2030.

It's a story that we feel needs to be told to national and international audiences.

Last month, we took this ‘story’ to the House of Commons for the very first time, holding the first of four economic briefings lined-up to take place in London over the next 12 months. Each briefing will highlight a transformative technology and how it could bring major global opportunities to Oxfordshire, though the scale of ambition is already well-recognised by government.

It will enable a growing range of organisations to come together at one location to focus on the technology development that is necessary if driverless vehicles are to safely enter the market.

As a county – our track record of nurturing genuine innovation and taking it to a world-stage – is proven. We are home to two of the UK’s 13 ‘unicorn’ ($1 billion) tech businesses – Oxford Nanopore and the Milton Park-based Immunocore.

What’s also clear is the willingness for our business community to be innovative and, in-turn, support dynamic growth ambitions. According to the Office of National Statistics, of the 2,790 new businesses created in Oxfordshire during 2011, 49.3% were still in operation in 2016, compared to the UK five-year survival rate of 44.1%, during the same period.

If you are an emerging entrepreneur just starting out, or perhaps a spin out organisation from the University of Oxford – developing globally-significant assets within those four transformative technologies – operating in such an optimistic environment is a major positive.

As a local enterprise partnership, we will continue to take Oxfordshire to national and global audiences.

It’s fair to say that only through collaboration will we be able to deliver on the many opportunities these transformative technologies can provide, but what is for sure is that we are an asset-rich, vibrant economy ready to embrace new opportunities.