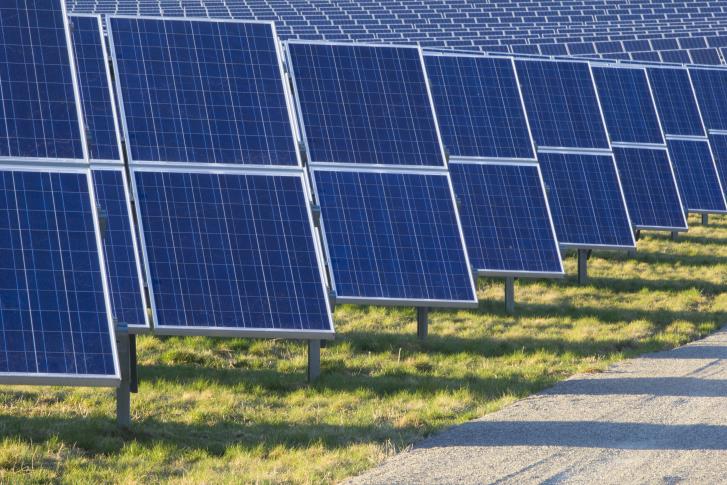 In the lead-up to this autumn's COP26 event in Glasgow, through our 'Oxfordshire gears-up for COP26' series, we will be showcasing the many examples of how Oxfordshire’s immense energy expertise is being applied to exploring the boundaries of future energy and, ultimately, a drive towards a zero-carbon future:

Oxfordshire-based social enterprise Low Carbon Hub has signed the construction contract with Low Carbon Limited for Ray Valley Solar, a 19.2 MW ground mount solar park which, once built, will be the largest community-owned solar park in the UK.

Oxfordshire councils have declared a climate emergency and there are growing calls for a transition to a zero carbon energy system. The Ray Valley Solar project will save approximately 4,313 tonnes of CO2 being emitted annually.

Planning permission has been secured for the 95-acre site and is anticipated to comprise 35,900 solar panels with battery storage also approved. The project build is expected to be completed in Autumn 2021 and will be carried out by leading European contractor, Engie Fabricom and managed by Low Carbon Limited.

Ray Valley Solar will form part of Project Local Energy Oxfordshire (LEO), one of the most ambitious, wide-ranging, innovative smart grid trials ever conducted in the UK looking at how we can accelerate the transition to an energy system that does not rely on fossil fuels. The park will provide a crucial ‘anchor load’ of clean electricity generation needed to demonstrate the potential of the coordinated use of local generation and demand in decarbonising the energy system, providing invaluable learning to help accelerate the energy transition.

Tom Heel, Business Development Director, Low Carbon Hub said: “Ray Valley Solar is a hugely exciting project to have in the county. As well as providing the backbone for our Project LEO smart grid trials, we hope it will help build partnerships with local energy users to keep energy spend within the county and make many more projects like this viable.

"I think this project is a really good reason to be optimistic about the part ground mount solar can play in meeting our 2030 carbon targets.”

To finance the project, Low Carbon Hub reopened its Community Energy Fund in November 2020 and has met the £3 million target after extending the target twice due to overwhelming support. Investors in the Fund will be joining over 1,300 people who together have invested £7 million in support of community energy in Oxfordshire.

On the milestone, Dr Barbara Hammond, CEO, Low Carbon Hub said: “We are so thrilled to have completed this major step toward the development of Ray Valley Solar. In the Low Carbon Hub’s 10th year of existence this project is a testament to the coming together of the community, local authorities, and partner organisations to develop a project that will have a significant impact on the amount of green electricity produced in Oxfordshire. We are committed to putting community energy at the heart of the new zero carbon energy system and are so excited to have received such tremendous support so far.”

Roy Bedlow, Chief Executive at Low Carbon Limited commented: “Low Carbon is delighted to partner with Low Carbon Hub to construct the Ray Valley Solar Park. If the UK is to achieve net-zero status by 2050, it is vital that communities across the UK take an active stake in its success. We applaud this ambition and welcome the opportunity to work with more forward-looking community groups and investors to help make their decarbonisation ambitions a reality. And with nearly 10 years of delivering renewable energy projects, Low Carbon are well positioned to help in this transformation.”

The 26th UN Climate Change Conference of the Parties (or 'COP26') takes place in Glasgow this November. The summit brings parties together to accelerate action towards the goals of the Paris Agreement and the UN Framework Convention on Climate Change.

In Oxfordshire, the low carbon energy sector generates £1.15bn a year. Over the past half-decade, the county has attracted £2bn in foreign direct investment. Oxfordshire’s Energy Strategy for zero-carbon growth by 2050 will help to spearhead a further £1.35bn annually to our economy, creating at least 11,000 new jobs in the low-carbon sector by 2030.

Find out more on the Oxfordshire Energy Strategy