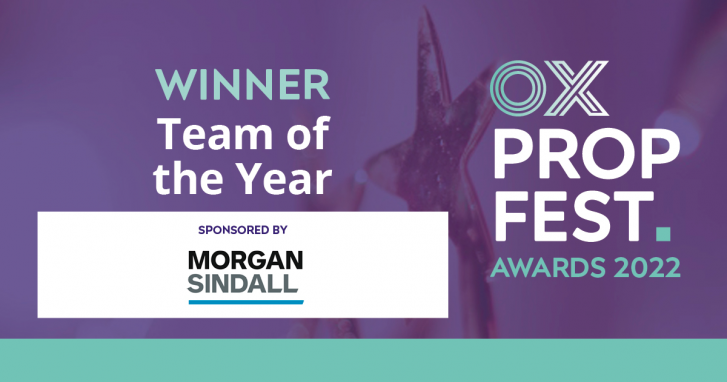 OxLEP has been named ‘team of the year’ at last week’s OxPropFest 2022, one of the stable dates in the Oxfordshire business calendar.

The awards were held last Wednesday (14 September) at one of the county’s leading visitor attractions, Bicester Motion and rounded-off a day that saw several hundred business representatives come together to celebrate commercial property in Oxfordshire.

Through the award – which was collected by chief executive Nigel Tipple – OxLEP was recognised for its continued commitment to championing the Oxfordshire economy and its key sectors, highlighting the opportunities to businesses in the county and its own ongoing programme of support for the county’s business community. 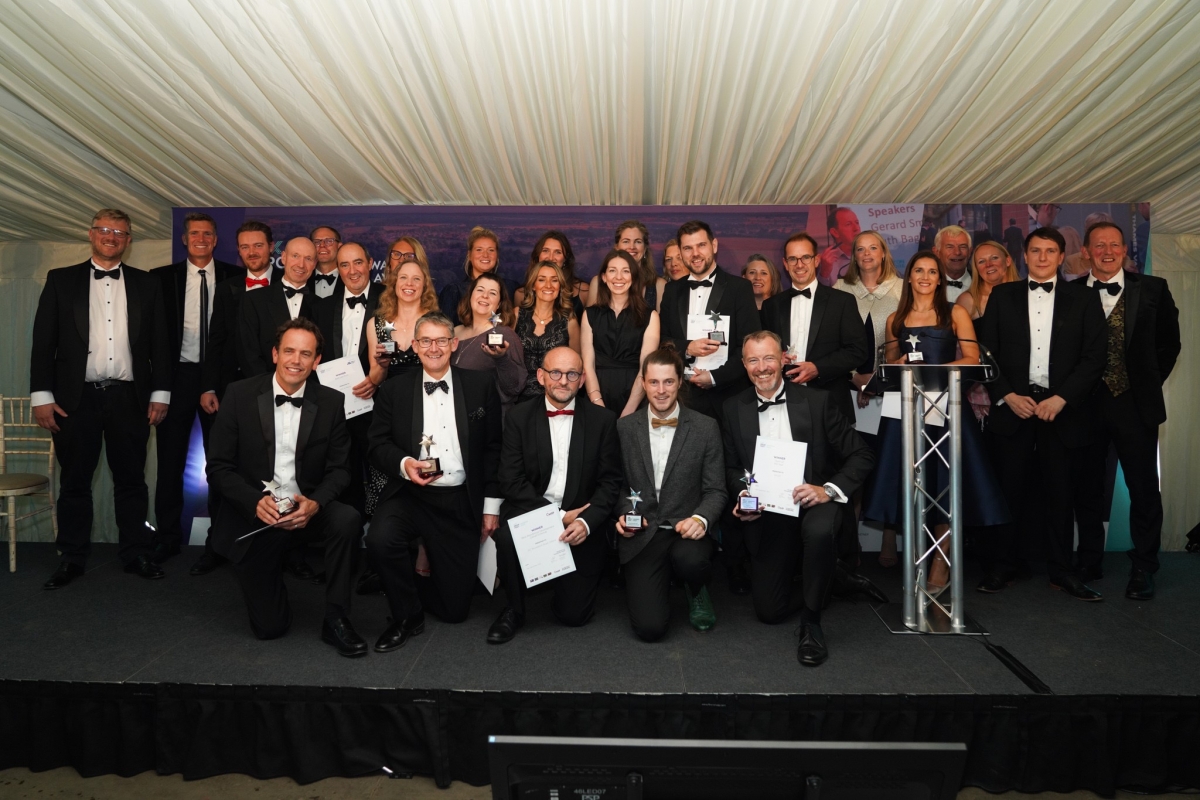 The awards began with a minute’s silence in memory of Queen Elizabeth II, with several other awards – highlighting the strengths of the county’s commercial property sector and business parks – revealed on the night, alongside the team of the year accolade claimed by OxLEP.

The awards followed several hours of walks, talks and an exhibition collectively highlighting the strength of Oxfordshire’s business space, its innovation ecosystem and the ability to attract some of the world’s best talent to the area.

In receiving the ‘team of the year’ award, OxLEP were congratulated for its ongoing drive to support the county’s economy, from backing small business through to helping to secure investment for and into Oxfordshire.

The award was sponsored by construction company Morgan Sindall.

In the 18 months following the Covid-19 pandemic outbreak, OxLEP engaged with 2,670 businesses across Oxfordshire, providing over 12,000 hours of support. It’s believed collectively, its support helped to either create or safeguard 1,267 jobs.

In addition, OxLEP has played a key role in attracting foreign direct investment into Oxfordshire over the past year with 38 international business ventures investing hundreds of millions of pounds into the local economy, with significant investments into key sectors including life sciences and space.

Together with its partners, OxLEP have now secured around £1billion-worth of funding, including central government and European funds, for the Oxfordshire economy .

In total, 11 trophies were handed out by Olympic rower Greg Searle at the awards evening.

Following the award announcement, Nigel Tipple said: “This award is a real testament to OxLEP’s individual and collective efforts over, not just the last 12 months, but many more before that.”