OxLEP featured on theMJ.co.uk - 'How to drive a green recovery' 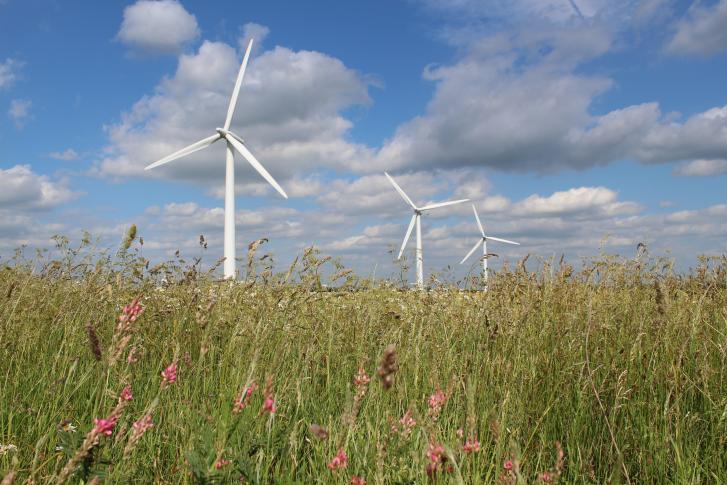 Our Director of Strategy, Ahmed Goga has this week featured on theMJ.co.uk, highlighting how Oxfordshire has the innovation to drive forward a green recovery.

Here is the full extract from theMJ.co.uk:

How to drive a green recovery

Is the UK’s recovery going to be a green one? This summer there was much discussion about how the COVID-19 pandemic could offer an opportunity for fresh thinking: a once-in-a-lifetime chance to rebuild our economy based on low carbon principles. In July, the Government announced a £350 million package to drive a green recovery.

Here in Oxfordshire, green recovery and rebuilding the economy go hand in hand. Following the launch of the county’s Local Industrial Strategy, published last year, we have built a dynamic £4.3 billion investment plan to drive the economy of both the county and the UK. We’re ambitious. We believe the plan will make Oxfordshire one of the leading business and innovation networks in the world by 2040. The county’s growing eco-sector and exciting low-carbon initiatives are firmly at the centre of that ambition.

We are already in step with the main planks of the green recovery plan which includes cutting emissions in industry and driving the use of innovative materials in construction. Low carbon alternatives for the aviation and automotive sectors also feature in the Government’s package, along with £15 million for a new National Space Innovation Programme. Work in all of these areas has been established here for some time as we and local government policymakers have worked hard to enable Oxfordshire’s low carbon ecosystem to thrive. The Oxfordshire Energy Strategy, launched last year, set out not just to deliver cleaner air, lower energy bills, and an enhanced natural environment, but has helped us be ready to seize the clean growth opportunity for our businesses and communities.

Low carbon energy is in our DNA. Harwell Campus, the site of Europe's first nuclear reactor, and its sister site Culham Science Centre have been at the centre of energy research since the 1940s. Their world-leading work and spin-offs continue today. Around £220 million has been invested in the initial design phase of the UK’s first fusion power station – the Spherical Tokamak for Energy Production, aka STEP. These two locations are key to the county’s Energy Strategy, a framework for innovation that will bring in a further £1.35 billion annually to the local economy and 11,000 jobs by 2030. Culham Science Centre has long developed and attracted world-class scientists, and its Oxfordshire Advanced Skills centre now trains hundreds of hi-tech and engineering apprentices.

There are many other local level low carbon energy initiatives throughout the county, such as 270 renewable energy ‘people’s power station’ projects, from mini-hydro schemes to solar power, together generating 865Gwh. These are supported by the Low Carbon Hub, a social enterprise partnered by Oxford City Council and Oxfordshire County Council, which has also installed solar panels on 31 schools and created the UK’s biggest rooftop solar array in Banbury. The county will shortly be the first to trial a ‘smart grid’ through a trailblazing Innovate UK partnership project led by SSEN, while demonstrator projects abound including Superhub’s smart shoebox-sized ground source heat pumps.

The government is betting on construction and infrastructure to help get the economy moving. We have been successful, along with private and public sector partners, in securing £8.4million worth of investment from its ‘Getting Building Fund. Four of the seven projects that will benefit from the fund are low carbon initiatives, from a business incubator supporting net-zero emissions energy schemes, to a green construction skills centre in Abingdon. We have also carved out a grant fund to enable SMEs to transition to net zero. Meanwhile, Oxfordshire can already boast the UK’s first eco town in Bicester and the first commercial building to achieve Passivhaus Plus status.

Oxford is, of course, the UK’s innovation capital. The University of Oxford has spun-out 223 companies and many of its current research initiatives will be harnessed to grow a green economy in future. The region has led the way in low carbon autonomous transport and OxLEP has secured significant investment, including £2 million of funding from the Government’s Local Growth Fund to enable world-class research centres such as the Connected and Autonomous Vehicle Pit Lane at Culham Science Centre to extend their capabilities.

Oxford is also set to implement the UK’s first Zero Emission Zone, after progressive thinking by its City Council and Oxfordshire County Council. Originally scheduled for December this year, the scheme will come into place next summer, with consultations resuming in late 2020. Several local businesses are working on scaling up fast charging for electric vehicles to help speed the city’s low carbon future.

We have done our best to create a conducive ecosystem which enables a low carbon economy to thrive. By prioritising low carbon projects, policymakers can support growth and by leveraging the county’s expertise, Oxfordshire will make a significant contribution towards helping the UK meet its 2050 net zero emissions target.

NHS COVID-19 app launched - what should businesses do?