A post-Brexit economy: Oxfordshire businesses remain ‘unclear’ on what EU withdrawal will bring 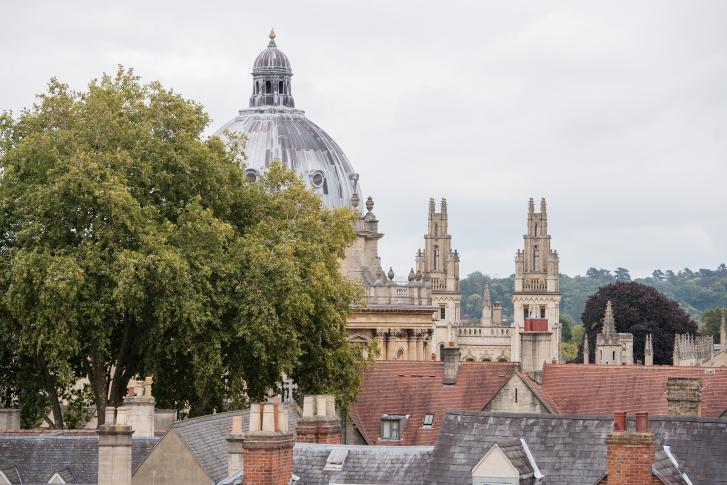 Just weeks ahead of the UK’s scheduled European Union withdrawal, members of one of Oxfordshire’s best-known business networking groups appear to be unclear as to what Brexit might mean to them – that’s according to a new survey.

The survey – jointly-led by the Oxfordshire Local Enterprise Partnership (OxLEP) and B4’s ‘Oxfordshire Voice’  – saw members of B4 respond to a series of Brexit-related statements.

In it, survey respondents stated whether they agreed or disagreed with statements, covering several Brexit topics including; if leaving the EU was good for their business, whether or not Government had been communicating effectively with business on Brexit matters, as well as what Brexit might mean for future recruitment plans.

Only 13 per cent of respondents felt that their business would be better-off as a direct consequence of the UK’s EU withdrawal, with over two-thirds (71 per cent) disagreeing, saying that the move would not benefit their business.

Regarding the Prime Minister Theresa May’s initial EU withdrawal deal proposal – which was defeated in Parliament on 15 January – just 15 per cent agreed that the proposal would be a good deal for their own business. Over half (55 per cent) disagreed.

When asked if Mrs May’s initial deal would be good for UK business as a whole, 19 per cent agreed that it would be positive with close to two-thirds disagreeing (61 per cent).

A high-proportion of businesses surveyed were also critical of the level of Brexit information received directly from Government.

Just six per cent said their business had received the right level of information regarding what action to take as a consequence of the EU withdrawal – almost three quarters (71 per cent) disagreed.

Almost eight out of 10 (78 per cent) believed that the Prime Minister’s defeated EU withdrawal deal had not been presented in an effective manner, with just eight per cent believing that it had.

However, a third of respondents (35 per cent) did add that should no EU withdrawal deal be struck by the Government, that they felt prepared as a business – though 41 per cent didn’t agree with this view.

Perhaps surprisingly, only one in five respondents (20 per cent) felt that Oxfordshire is well-set to cope with the EU withdrawal, whatever deal ends-up being struck – despite being just one of just three net County areas that contribute to the exchequer with a GVA of £23bn a year – with just over half of those who responded (53 per cent) disagreeing.

Nigel Tipple, Chief Executive of OxLEP, said: “As discussions on the UK’s withdrawal from the European Union continue at a pace – as a Local Enterprise Partnership – it is important that we ‘temperature test’ our business community and relay their views to Government.

“Clearly, some of our business community have genuine concerns across several areas of the negotiations and reassurance is needed.

“Oxfordshire’s economy is undoubtedly a strong and adaptable one. We have an excellent record of supporting small businesses to survive beyond five years and it was recently-announced that 50,000 new jobs have been created in the county between 2012 and 2017.

“We believe business in Oxfordshire can continue to thrive post-Brexit, on both a national and international scale.”

In addition, those who took part in the survey were generally undecided as to whether Brexit would alter the make-up of workforces, as well as the ability to recruit quality staff.

Richard Rosser – Chief Executive of B4, the organisation who leads Oxfordshire Voice – added: “The survey findings reflect the general disarray which prevails. Following recession and the protracted Brexit ‘era’, the only certainty that the business community can rely on is that there will always be uncertainty and Brexit is proving to be the mother ship of all uncertainty at present.

“It’s great to see an element of the business community feeling positive about the future of the local economy, however, there will always be a cautious approach from a sizeable group which will act as a natural break to growth.

“We’re seeing decision-making on orders in many businesses we deal with taking longer and this breeds even more uncertainty. The key areas of concern, which we are addressing through Oxfordshire Voice, notably skills, housing, transport and social / environmental issues, will still be here irrespective of what course the country takes, so, either way, my personal view is that whatever happens, solving the key challenges on our doorstep has to be our focus."

Looking for the latest updates on the UK's withdrawal from the European Union? Head to our 'Brexit' page.

If you have any questions on how Brexit is likely to affect your business and Oxfordshire as a whole, or you would like to engage in some deeper discussion on the topic, sign up to our latest Q&A event on 'Brexit and the Oxfordshire economy'.

In our latest vlog, Communications Manager, Rob Panting, previews what you can expect from the event, and why this is such an important discussion to engage in.