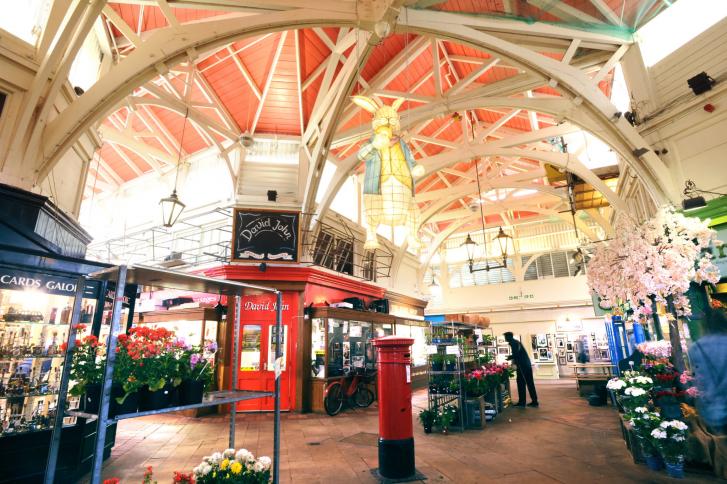 Six new independent businesses have opened in Oxford’s famous Covered Market in the past six months.

In February, Oxford’s bookworms embraced the charms of Gulp Fiction, a unique space offering beer, coffee and the chance to buy and sell books. This is the Covered Market’s first book shop since the Little Bookshop closed in 2003.

In addition, three new shops joined the Covered Market just before Christmas as part of 'Meanwhile in Oxfordshire', an innovative pilot scheme backed by Getting Building Fund investment secured by OxLEP, delivered by Oxford City Council and Makespace Oxford to transform the use of vacant shops across Oxfordshire.

Programme participant Y.O.U Underwear is now the UK’s highest-scoring B-corp (a company verified as meeting high standards of social and environmental performance, transparency and accountability) and highest-scoring ethical fashion brand in the world.

Councillor Susan Brown, Leader of Oxford City Council, said: “Oxford’s Covered Market is our gem in the heart of the city. After the stress businesses have been under in the past couple of years, it’s so exciting to see new traders choosing the Covered Market as the place to grow their brand."

Find out more on the Covered Market