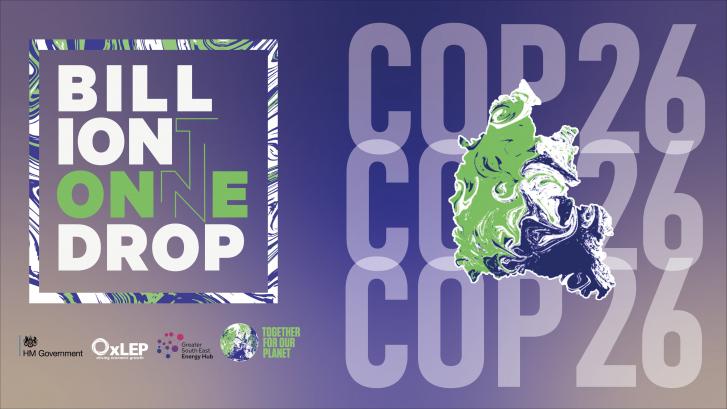 If you missed OxLEP's official COP26 event last month, held as part of the Glasgow global climate summit, you can now watch it again.

It's just under a month since OxLEP brought together some of Oxfordshire's best-known figures in energy and sustainability to highlight the capabilities that exist in the county, with the ability to make a major impact in driving forward a zero-carbon future.

Alongside the Glasgow event, OxLEP – supported by the Greater South East Energy Hub – hosted an official UN COP26 regional roadshow on 9 November (during the Presidency's 'science and innovation' day) at Lady Margaret Hall in Oxford.

OxLEP’s programme was built around a ‘billion tonne drop’ theme, showcasing how the county’s world-leading innovation ecosystem can generate major global carbon emission savings through the significant capabilities generated within Oxfordshire, including in the fields of fusion energy, solar power, construction, electric vehicles and aviation.

The COP26 event also explored how the county’s expertise could be scaled-up, at pace, and ultimately benefit the global fight against climate change.

In Oxfordshire – prior to the pandemic – the low-carbon energy sector generated £1.15bn a year and over the past half-decade, the county has attracted £2bn in foreign direct investment in this area.

The Oxfordshire Energy Strategy – which was launched in November 2019 and led by OxLEP, with support from both the private and public sectors – backs a drive towards zero-carbon growth by 2050 with the aim of spearheading a further £1.35bn annually to the county’s economy, creating at least 11,000 new jobs in the low-carbon sector by 2030.