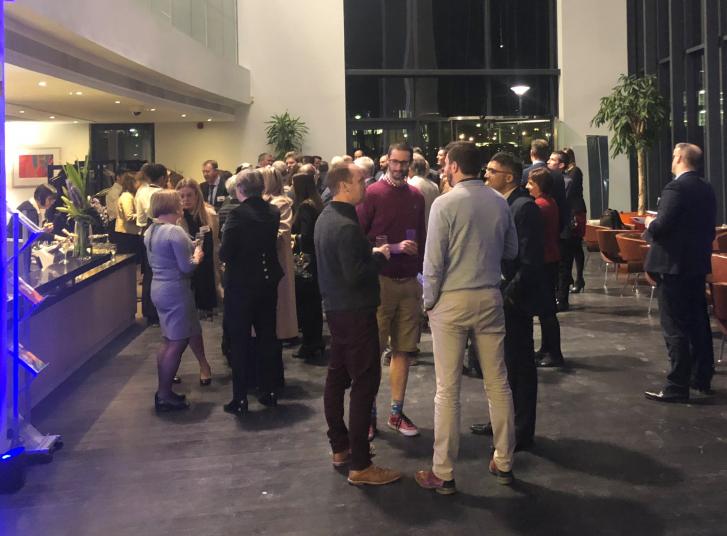 The 2019 awards launch – sponsored by the 2018 ‘Business of the Year’ winner Oxford Space Systems – took place at the Sadler Building on Oxford Science Park, itself home to over 90 companies and employing more than 2,500 people.

Following the launch, businesses from across Oxfordshire can now enter the 2019 awards, with a total of 14 categories open for entry.

Now – a quarter of a decade on – the OXBA chairman hopes the event can continue to have a ‘positive impact’ on Oxfordshire’s business community, as well as helping to ‘promote excellence’ across all sectors.

Paul Lowe – Chair of the OXBA – said: “For 25 years, the awards have championed businesses and those individuals who have made a positive impact in Oxfordshire.

“The launch event was a fantastic opportunity to welcome previous award winners, along with new and emerging businesses we perhaps haven’t engaged with previously.

“Winning an OXBA brings genuine recognition and acknowledgment amongst peers – therefore, we would urge businesses to consider entering these prestigious awards.”

Categories for 2019 include; The Knights Small Business Award, The CIS Technology Excellence Award and The Shaw Gibbs Business Person of the Year Award.

A full list of award categories can be seen at www.oxfordshirebusinessawards.co.uk/awards.

The OXBA is being supported by other Oxfordshire organisations, including the Oxfordshire Local Enterprise Partnership (OxLEP), who will sponsor the New Business Award category.

Mr Tipple said: “Small businesses are the backbone of any economy and that’s particularly the case in Oxfordshire.

“Across the county, we have seen around 43,000 new jobs created between 2012 and 2016, with small businesses responsible for a considerable number of these – nationally, over 99 per cent of the UK’s 5.7million businesses are classified as ‘small’ employing a total of 16.1 million people.

“With this in mind, the OXBA is an opportunity to celebrate ‘business’ and the impact it makes, not only to our economy, but also the professional opportunities companies create for thousands of people on a daily basis.”