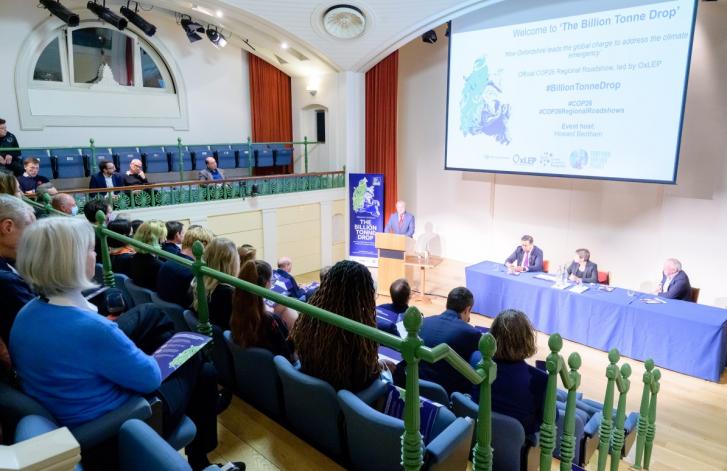 It's now just over two months since the UK hosted COP26 in Glasgow, arguably the biggest-ever climate conference held anywhere in the world.

Alongside the Glasgow event, OxLEP – supported by the Greater South East Energy Hub – hosted an official UN COP26 regional roadshow on 9 November (during the Presidency's 'science and innovation' day) at Lady Margaret Hall in Oxford.

Now, our latest film takes a look behind the scenes at our official COP26 event: 'The Billion Tonne Drop – How Oxfordshire leads the global charge to address the climate emergency'.

The event explored how the county’s expertise could be scaled-up, at pace, and ultimately benefit the global fight against climate change.

Dozens of leading figures from the world of business, academia and green finance came together to understand how – with the right level of investment – Oxfordshire is well-set to ‘do more’ and create further solutions that can drive the world towards a zero-carbon future.

Find out more on our COP26 event