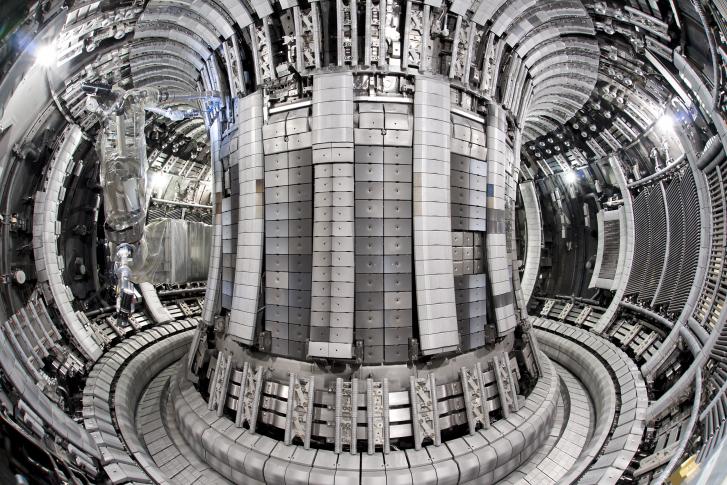 Pictured above: The Joint European Torus (JET) at Culham Centre for Fusion Energy

It’s exciting news. A world record for fusion energy has been set in Oxfordshire. And it’s extraordinary to contemplate, that for five seconds one day last December, one location in our county became the hottest place in the universe, at 150 million degrees Celsius.

The achievement at the Joint European Torus (JET) at Culham, announced last week, takes the world a significant step forward in the quest to create clean, limitless energy through nuclear fusion.

It is a landmark in a long journey, but a significant one. It is unlikely that we will be able to harness nuclear fusion effectively into our national grid until at least 2050. But what is clear is that this latest advance in zero carbon energy is the result of many years’ work at Culham, as well as a tale of immense co-operation.

Thirty research institutes, 150 companies and organisations, and 4,800 scientists from across Europe are involved in Eurofusion, the world’s largest fusion construction, and the collaborative work at Culham is the key contributing factor which will bring this project to completion.

Being at the nerve centre of research and development for major international projects comes naturally to those working here in Oxfordshire. Our innovation ecosystem has consistently pushed the boundaries of science. We have seen it not only in the nuclear sector, but in autonomous vehicles, robotics, and in life sciences – most notably in the development of the vaccine against COVID-19.

Now we are seen around the world as the leading place to make the big breakthroughs in the clean energy that the world needs and it is interesting to note that the latest experiments and achievements at Culham were taking place around the time that world leaders were meeting at COP26 in Glasgow.

Our expertise in energy is what has attracted many of the organisations which have invested around £2billion in Oxfordshire since 2015, including; Nexeon, Tokamak Energy, GeneralFusion and First Light Fusion.

Their work, and the incredible example at JET, is inspiring entrepreneurs and brilliant young minds to make Oxfordshire their location of choice when it comes to addressing the climate emergency.

As Oxfordshire’s local enterprise partnership, we will continue to highlight our county’s unrivalled potential to make a zero carbon future a reality – this includes working closely with Government to develop a High Potential Opportunity (HPO) in Fusion Energy which was launched at the Global Investment Summit in October last year.

The HPO will drive international investment into this exciting area where the UK and Oxfordshire specifically is a global leader illustrating our status as a science superpower.