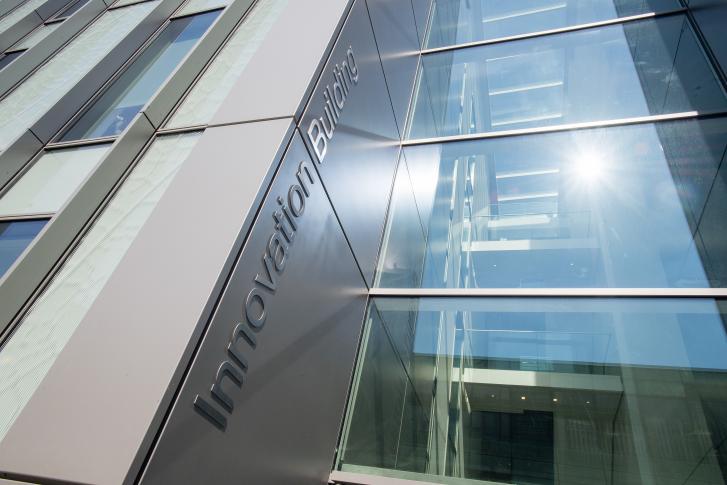 A newly-built innovation centre in Oxford – which aims to support the development of ‘innovative, high-quality science’ – was officially opened yesterday (18 June).

The Oxford BioEscalator – located on Old Road Campus in Headington – has been part-funded by the government’s City Deal, with the Oxfordshire Local Enterprise Partnership (OxLEP) helping to secure £11million from the national fund.

The centre opened for business at the end of 2018 and currently has 14 companies based there.

It is led by the University of Oxford and has been designed with growing, start-up businesses in mind, particularly those working in the life sciences sector.

The Oxford BioEscalator was officially opened yesterday by Baroness Blackwood, Parliamentary Under Secretary of State for Innovation.

It’s one of four innovation centres in Oxfordshire – other similar set-ups include those at the university’s Begbroke Science Park, Harwell Campus and Culham Science Centre.

The Oxford BioEscalator aims to be a ‘hub for new and developing life sciences innovation’ with start-up and emerging businesses being able to rent different levels of space to support their own growth and research work – whether it’s one bench in an innovation lab, through to hiring an entire lab space.

The new building also hopes to support ‘early-stage innovation’ that has the potential to make a significant impact in healthcare, both nationally and more globally.

Minister for Local Growth, Jake Berry MP, said: “This government is committed to boosting economic growth across the whole of the UK and building a Britain fit for the future.

“I am proud one of the world’s largest medical research facilities has been made possible thanks to £11 million from the Oxford and Oxfordshire City Deal.

“This major investment will help accelerate discoveries in medical science by providing researchers, clinicians and entrepreneurs a place to work together to develop new and innovative ideas which will benefit people across the globe.”

Nigel Tipple, Chief Executive of OxLEP, said: “The official opening of such a significant innovation project – that will have a major impact on local, national and international economies – is excellent news.

“As the local enterprise partnership for Oxfordshire, we want to ensure our county benefits from the significant investment that we have helped to secure with partners, supporting dynamic economic growth.

“We are delighted to have received this major City Deal allocation and we are certain the BioEscalator can be a real asset across many levels.”

Sonia Bracegirdle, Chief Business Officer of PepGen Ltd, a tenant at the facility, said: “The Oxford BioEscalator facility has been hugely instrumental in the establishment of PepGen.

'Having our own lab space and access to high-quality shared facilities in central Oxford has allowed us to rapidly progress our developmental programmes, and to recruit top tier scientific talent.'

For more information, go to: www.bioescalator.ox.ac.uk.