Open Cosmos invests £4million in R&D to 'open up' space 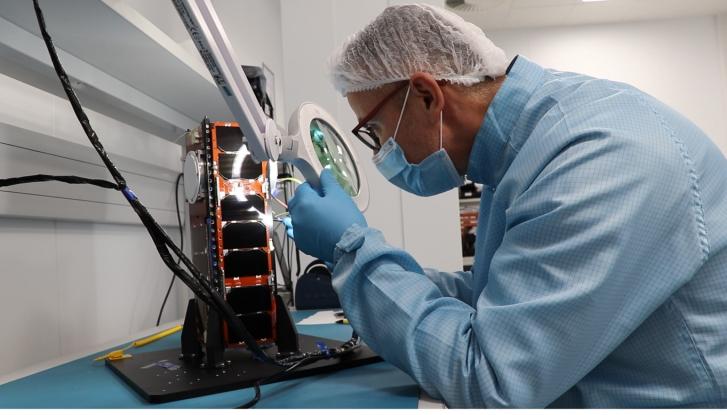 The company, which is based at Harwell Campus, participated in the recent OxLEP annual event.

Open Cosmos, a leading space mission provider based at Harwell Campus, has invested £4million in Research and Development in Oxfordshire over the last five years.

The resulting technologies enable the company to design, manufacture and operate in orbit small satellites. These satellites are used by Open Cosmos customers to solve big global challenges such as providing connectivity to remote challenges.

As highlighted at the recent OxLEP Annual Event, the space industry is a significant sector for the UK.

As a globally recognised hub, the Harwell International Space Cluster attracts investment, supports exports and drives innovation throughout the satellite industry and is already regarded as the 'Gateway to the UK Space Sector'.

Indeed, Open Cosmos' investment in recent years has been in the development of innovative satellite infrastructure. That is, building and operating complete space missions that address the manufacturing, mission management and launch of nanosatellites, a technology the size of a microwave, affordable and developed in a matter of months that has revolutionised traditional space industry standards that have prevailed for decades.

This investment in innovation, which has accelerated especially in the last two years, has also been focused by Open Cosmos on its goal of moving towards an open space accessible to all types of businesses, industries and even end users, with the aim of maximising its usefulness and turning the information extracted from satellites into practical knowledge useful for making accurate decisions on Earth.

Among the multiple services that Open Cosmos promotes in this new 'useful space' are those related to the connection of IOT objects anywhere, urban mapping or the use and monitoring of land, infrastructure or environment, making possible the early detection or prevention of critical situations such as the leakage of harmful substances.

The company also seeks to make other applications accessible from space, such as surveillance of forests and woodland areas, for the automatic detection of any type of anomaly such as flooding, attempted fires or illegal logging. And even the surveillance of coastal areas, border or conflict zones or the detection of illegal activities such as smuggling, illegal immigration or even the analysis of the dynamics of refugee camps.

In this mission of opening up space to end users, Open Cosmos works closely with companies, institutions and governments around the world. Also with space agencies such as the United Kingdom Space Agency or the European Space Agency (ESA), which have been instrumental in supporting the company’s development.

In 2017, Open Cosmos was selected the company as the first Nanosatellite Space Mission Provider in Europe, under the Pioneer programme. In addition, in 2019 Open Cosmos was selected for the development of the Mantis Earth observation satellite, a high-resolution spectral imaging mission under the Incubed programme with direct applications in the energy and mining sectors. Both projects were funded by UKSA through ESA.

Find out more on Open Cosmos