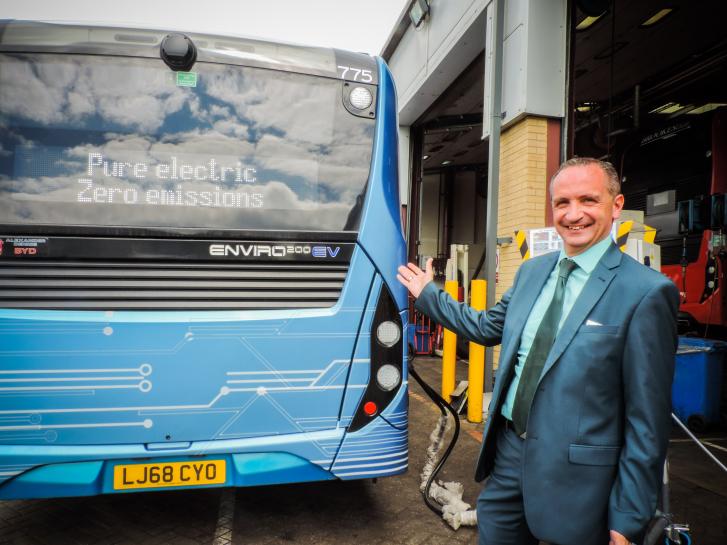 The Oxford Bus Company has trialled an electric bus in service for the second time, as part of its continued research into green technology.

The BYD single decker electric bus was used on Park & Ride service 500 and provided Oxford Bus Company with further insights into the current standard of the technology. The electric bus achieved an average daily range of 130 miles when fully charged.

Phil Southall, Oxford Bus Company Managing Director, said: “Our latest trial was very beneficial, and we gained some valuable learnings. The feedback from drivers and passengers was very positive, but the key issues remain on the technology side. Range is an issue and at this stage a battery on an electric bus would only have enough storage capacity to operate one bus schedule out of nineteen on our Park & Ride routes.

“The biggest learning was that charging compatibility needs a lot more consideration. The BYD bus was not compatible with our charging station, which initially caused power supply issues. This will be a key issue for all stakeholders as we develop plans for the Zero Emission Zone in the city of Oxford.”

Mr Southall added: “We have always been committed to being at the forefront of leading the UK on environmental technology innovation and over half of our buses are powered by hybrid technology. We are also looking forward to introducing electric buses to our Oxford City Sightseeing.”