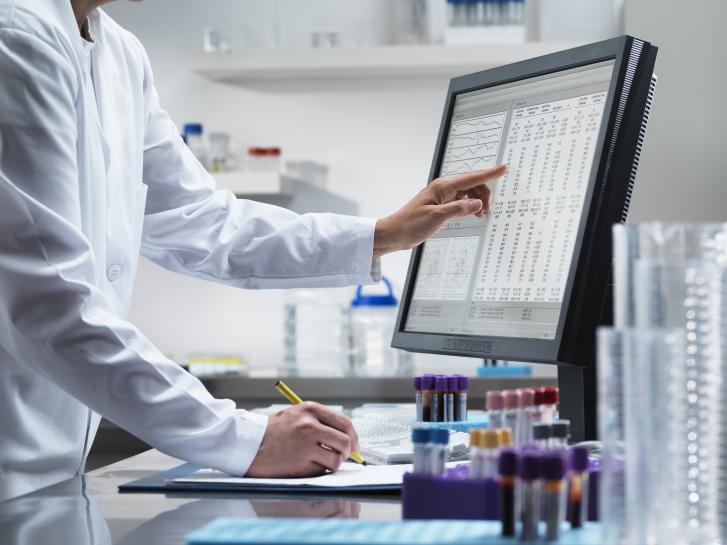 Oxfordshire can play a major global role in driving forward the UK economy through four transformative technologies – that’s the conclusion of a new science and innovation report, released today (21 September).

Findings from the Oxfordshire Transformative Technologies Alliance’s science and innovation report (SIA report) says that the county – and the UK – can become a ‘global leader’ through the areas of digital health, space-led data applications, autonomous vehicles and technologies underpinning quantum computing.

It suggests that, by being the lead UK region for these four science and innovation areas, Oxfordshire has the ability to help strengthen the future national economy.

Though the four transformative technologies are at different stages of their commercial development, the SIA report says that the quality of research and innovation – already operating in Oxfordshire – should mean these areas are recognised as having the biggest potential.

The report also notes that these are not the only four ‘themes’ in which Oxfordshire has highly significant or leading science and innovation capacity both across the UK and internationally too.

If fully-utilised, the SIA report suggests the technologies could be worth in the region of £180billion to the UK economy by 2030 – around six per cent of the global economy in these technologies.

The SIA report says that to maximise the national opportunity for Oxfordshire, investment is required in infrastructure – to accommodate growth potential and appetite – whilst  ‘living lab’ test beds are also required to develop, refine and prove technologies.

The region would be the UK focus for advances in autonomous vehicles, uses of satellite technologies, quantum computing and digital health.

Oxfordshire would also have the potential to develop data services, products and software, with opportunities for integrated research and development testing – proven in real-world environments – as well as bench tests and simulators.

The SIA report responds to a commitment made last autumn by the Chancellor of the Exchequer Philip Hammond, with the view to better understand the future economic impact eight UK regions could have – both globally and nationally – through science and innovation.

Nigel Tipple – OxLEP Chief Executive – said: “This report underlines the major strengths that already exist within Oxfordshire as well as – perhaps more strikingly – the huge potential we as a county could play, both nationally and globally, in science and innovation.

“World-class assets like the University of Oxford, Harwell campus and Culham Science Centre really do demonstrate that Oxfordshire has the ability to grow and take advantage of the opportunities outlined in the SIA report.

“Oxfordshire has already proven its ability to create internationally-recognised clusters in areas such as life sciences and the automotive industry, therefore – there is little doubt that we can play an even bigger role in the UK's drive for economic growth.”

Dr Phil Clare – Head of Knowledge Exchange at University of Oxford – said: “The University is pleased to have played a leading role in the Science and Innovation Audit for Oxfordshire.

“The SIA has improved our understanding of Oxfordshire’s outstanding capabilities in such areas as digital health translational research – and accelerating those pathways to market – next generation sensors, cryogenics and the extensive interest in our propositions by companies which are increasingly aware of the transformations and opportunities ahead.

“These are all technology areas where the UK has an opportunity to gain a competitive advantage for the whole country in future industries – as part of a coherent industrial strategy – and Oxfordshire stands ready to play its part.

“At the top of the Times Higher rankings of universities across the world for the second year in a row, Oxford’s world-leading research in these technologies are a key part of the county’s innovation resource.”

The SIA report adds that because Oxfordshire has a history of developing hi-tech clusters and – as well as its close proximity with London and Heathrow Airport – it is ideally-placed for developing and commercialising new technologies.

It also says that an Oxfordshire base can drive advances through interdisciplinary research and innovation, thanks to the breadth of technologies being developed in the region – such as satellite data to manage driverless vehicles, or analysing major healthcare data with quantum computers.

Though the SIA report cites significant opportunities for Oxfordshire, it adds that ‘gaps’ need to be addressed to allow innovation to flourish further within the county.  This includes challenges around recruitment, ensuring the correct infrastructure is in place to attract world-leading businesses and professionals to Oxfordshire.

Nigel Tipple added: “The report adds further context for the need to ensure Oxfordshire benefits from an infrastructure that is fit for purpose and one that doesn’t hold back economic growth – whilst being sensitive to the environment.

“It shows that Oxfordshire has the ability to attract world-leading companies and professionals in the four identified technologies – therefore, growth and infrastructure development need to work hand-in-hand.

“We will continue to work alongside partners and champion Oxfordshire’s economic potential but also, ensure that we do so in a responsible and sensitive manner.”

Business Minister Lord Prior added: “The Science and Innovation Audits we are publishing today highlight the innovative strengths in regions across the UK and the significant growth and investment opportunities they present.   “Together with our record investment of an additional £4.7 billion for research and development to 2020/21, we are working closely with regional businesses and partners to ensure the ambitions set out in these reports are delivered to maintain our status as a science powerhouse.”