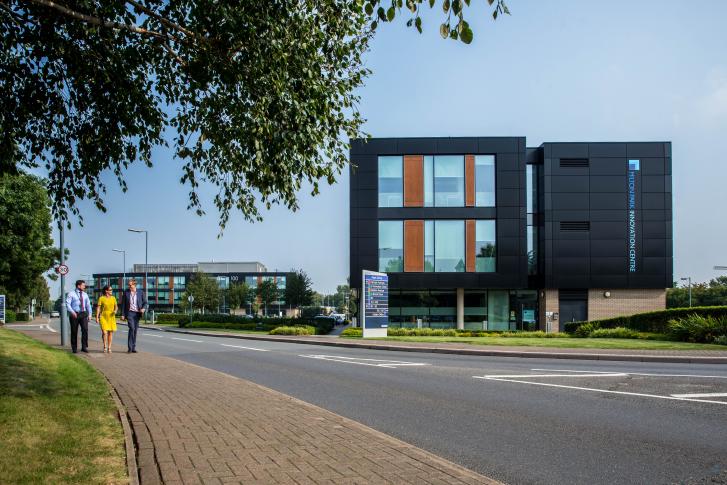 The Chief Executive of the Oxfordshire Local Enterprise Partnership (OxLEP) has said that the county continues to reaffirm its position as a ‘global asset’ whilst recognising the importance of place and community at its heart.

Nigel Tipple’s assessment follows several recent fiscal reports suggesting Oxfordshire – and in particular, Oxford – is in a strong position to drive sustainable growth whilst having a significant economic impact on the international stage.

Some of the most recent findings – published in global consultancy firm Arcadis’ ‘Investing in Britain’ report – cited Oxford as the second-best city in the UK for growth potential.

The report considered the city’s ability to contribute to the national economy across several key areas, including ultrafast broadband access and time to the nearest operating airport.

The findings come as OxLEP gets set to host a Q&A event for Oxfordshire business leaders later this month.

The event: 'The importance of 'Place' for Oxfordshire' is being hosted in partnership with Milton Park and will be held at their Innovation Centre (pictured above) on 25 April.

Through the technologies, the audit added Oxfordshire could play a major global role in driving forward the UK economy through these four transformative technologies – which, if fully-utilised, could be worth in the region of £180billion to the UK by 2030, around six per cent of the global economy in these technologies.

And the Government is also set to review recommendations made by the National Infrastructure Commission (NIC), following its report detailing opportunities across the ‘Oxford-Cambridge Corridor’.

Mr Tipple said: “It is clear to see that many professional organisations view Oxfordshire as a global asset, underpinning the UK economy and a place of opportunity for residents and businesses alike – particularly given the Prime Minister’s desire, based on her 2017 election manifesto, to ensure our economy has a global future, encouraging trade and creating the right conditions with countries away from the EU.

“What this means for our businesses and world-class assets is new opportunities to develop markets, particularly through collaboration across the emerging Oxford-Cambridge Corridor and supported by our Local Industrial Strategy.”

The Q&A event – which is free to the county’s business leaders – will see panellists and audience members discuss some of the recent key developments experienced in Oxfordshire, including the recent £215m housing and growth deal.

Guest panellists at the event are set to include; Jeremy Long – Chair of OxLEP, Philip Campbell – Commercial Director of MEPC and Piers Slater – Chief Executive of Reef Estates.

Mr Tipple added: “Our inaugural Q&A event in January was a real success and we hope our next event will also be of great benefit to our business leaders.”