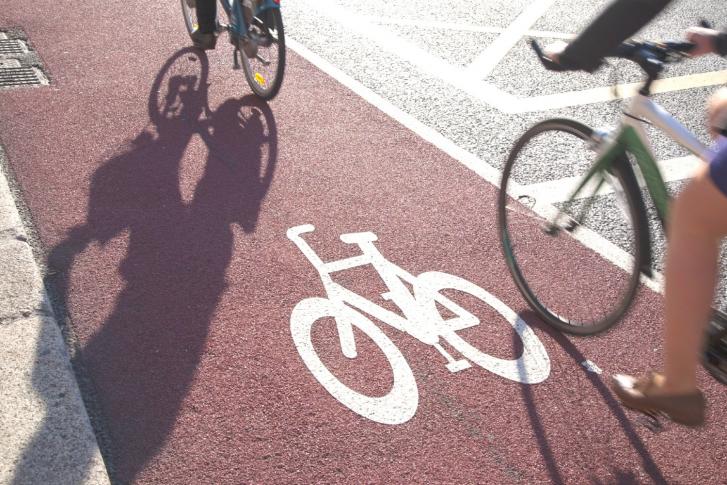 OxLEP and Oxfordshire County Council have announced the completion of works on a Government-funded project, set to boost healthier and greener forms of travel in two of the county’s major towns.

The new measures will improve active travel options for cyclists, pedestrians and residents in Bicester and Witney. OxLEP secured £1.4million-worth of investment for the project via the Government’s Local Growth Fund and the project has been delivered by Oxfordshire County Council.

The two schemes have reallocated road space to cyclists and pedestrians, and created an environment that is safer for walking and cycling. Residents will also benefit from reduced levels of air pollution.

The new measures are either permanent or have the scope to become permanent. Residents, businesses and other stakeholders across the Bicester and Witney areas were consulted before the implementation of the scheme.

New measures in Bicester:
Bicester will benefit from this active travel investment with a focus on increasing cycle journeys. The scheme incorporates the eastern end of Middleton Stoney Road and will capture flows from the expanding south and west of Bicester and provide connectivity into the town centre through the central corridor (Oxford Road/Kings End) and Causeway. The scheme will be complemented by off-road pedestrian and cycle facilities and reduced traffic speeds, creating a safe and attractive environment for those who might have previously driven or taken the bus into town.

New measures in Witney
The core focus of the scheme is to promote travel by walking and cycling in Witney. An active travel corridor for the town has been implemented to follow the most commonly-used cycle route through Witney and connections onward to the main Witney-to-Oxford cycle route via the A40. This corridor incorporates many aspects of the east Witney cycle strategy.

This scheme improves sustainable connections across a central corridor in Witney and allows safer pedestrian and cycle journeys, while encouraging a shift away from car journeys. This scheme will have far reaching benefits beyond the immediate corridor. It will combine proposed improvements with secured walking and cycling measures in western Witney that together provide a continuous east-west route across the whole town.

Nigel Tipple – OxLEP Chief Executive – said: “We are delighted to learn that work has completed on this scheme, benefitting both businesses and residents alike, as well as supporting a shift towards cleaner travel.

“As the Local Enterprise Partnership for Oxfordshire, we continue to play a vitally important role moving forward, securing investment that enables and unlocks new opportunities for our many businesses and communities right across the county.”

Councillor Duncan Enright – Cabinet Member for Travel and Development Strategy at Oxfordshire County Council – said: “Our historic and beautiful market towns of Witney and Bicester have grown in recent years and will continue to see an increase in employment opportunities and housing.

“It is great to see this investment as a start to create healthier, cleaner and safer travel options which will also help combat the climate emergency. We must continue to build new footpaths and cycle routes to serve these towns.”

In total, OxLEP currently oversees a £3.1bn growth programme for the county.