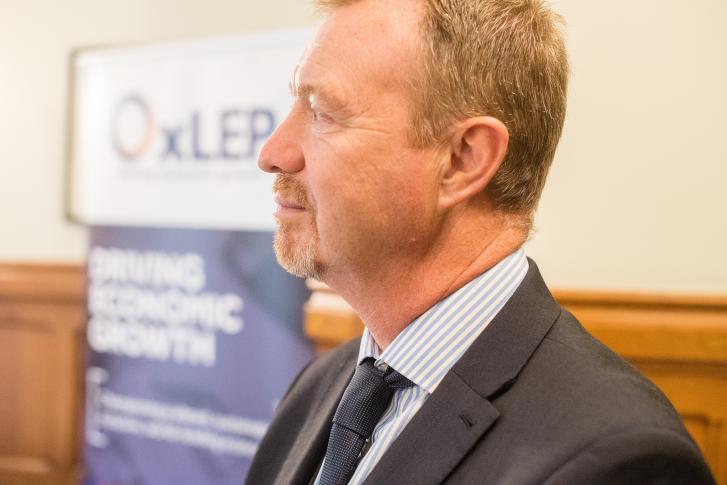 Nigel Tipple praises the success of the county’s SMEs ahead of a national awareness day, promoting the importance of small businesses

In the lead-up to a national awareness day celebrating the impact of small businesses, the Chief Executive of the Oxfordshire Local Enterprise Partnership (OxLEP) has emphasised the continued significance of the county’s SMEs saying they play a ‘vital role’ across all areas of the local economy.

Ahead of Small Business Saturday, Nigel Tipple has praised Oxfordshire’s small business community saying their collective impact ensures the county’s economy is one of the most successful anywhere in the UK.

Across the whole of the UK, SMEs were responsible for an annual turnover of £1.9 trillion – 60 per cent of all private sector turnover nationwide, that’s according to the Department for Business, Energy and Industrial Strategy (BEIS).

On 1 December, thousands of small businesses and entrepreneurs are expected to take part in the awareness day and Mr. Tipple is encouraging Oxfordshire businesses to do so as well.

Mr. Tipple said: “Oxfordshire is a key player within the UK economy. As one of just three net county contributors to the exchequer – with a GVA of £23bn a year – we have genuine global assets that are growing from strength-to-strength; including many small businesses leading on significant research and development.

“Whether a business is creating new jobs, playing its part in national or international supply chains, or acting as a pillar within its local community, we should be very proud of our SMEs and what they bring to our overall economy.

“Small Business Saturday is an opportunity for us to show our ongoing support.”

Mr.Tipple also praised the ‘entrepreneurial attitude’ that exists across Oxfordshire and the determination of many small business owners to become successful.

According to a November 2017 Office of National Statistics report, almost half (49.3 per cent) of the 2,790 new businesses created in Oxfordshire during 2011 were still in operation in 2016 – this, compared to an average of 44.1 per cent nationally during the same period.

Currently, over 99 per cent of the UK’s 5.7million businesses are classified as ‘small’ employing a total of 16.1 million people, 60 per cent of all private sector employment in the UK – also according to BEIS.

Mr. Tipple added: “Small businesses are the backbone of any economy and that’s particularly the case in Oxfordshire. We have seen over 43,000 new jobs created between 2011/12 and 2015/16, with small businesses responsible for a considerable number of these.

“It’s clear that our business community is willing to embrace innovation in their own way and, in turn, support the county’s growth ambitions.

“If you are an emerging entrepreneur just starting out, or perhaps a University spin out organisation – developing globally-significant assets – operating in such an optimistic environment like Oxfordshire can only be a positive.”

Mr. Tipple added that significant support is available to start-up, run and grow businesses in Oxfordshire, including OxLEP Business’ growth hub which has helped hundreds of businesses since its launch in 2014.

Between April 2017 and March this year, 212 start-up businesses received one-to-one support from OxLEP Business, equating to more than 636 hours of direct face-to-face support; including workshops, grant funding and mentoring.

Mr. Tipple said: “It is important that we maintain a real focus on supporting our small business community. There is much to be gained from starting and setting-up a business in Oxfordshire, but we need to ensure that people are aware of the support that’s available to them.

“Small Business Saturday provides the perfect platform for us to generate awareness of this.”