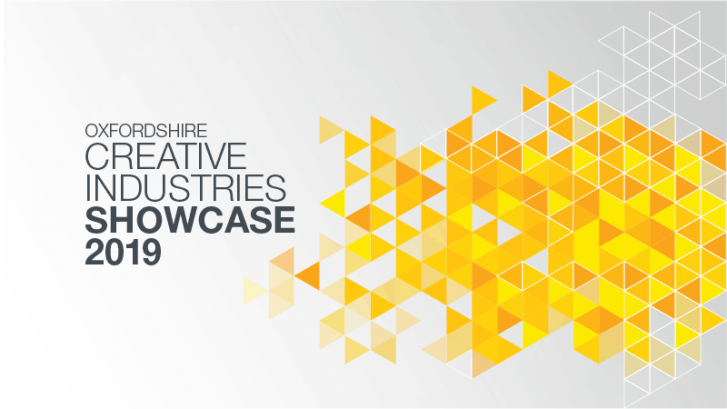 In the lead-up to the Oxfordshire Creative Industries Showcase on 27 June, we will be featuring a number of blogs from partner organisations taking part in the event at Oxford Brookes University.

This is the first dedicated event of its kind in Oxfordshire, bringing together innovators, local and national businesses, entrepreneurs, national sector bodies and representatives, industry leaders and opinion-formers, to celebrate the range and dynamism of the Creative Industries in Oxfordshire.

The formal definition of the creative industries includes nine sub-sectors, ranging from video-games to architecture and from fashion to design, but they are also the heart of a much broader creative economy that drives innovation across the economy and depends heavily on its relationship with universities. So perhaps it’s no surprise that in Oxfordshire, these businesses employ more than 30,000 people and contribute over £1.4bn to the local economy. Such a high concentration makes the county and its Local Enterprise Partnership important players in the government’s Creative Industries Sector Deal, and is central to the Local Industrial Strategy (LIS) Trailblazer, which has the great ambition of positioning Oxfordshire as one of the top three global innovation ecosystems by 2040. The showcase will also highlight the plans of the LEPs Culture and Visitor Economy Sub group, and wider plans.

The event’s theme, “harnessing new technologies to power innovation across the creative industries”, has been developed in partnership with Creative England, the Creative Industries Federation, Digital Catapult and Arts Council England. A packed event includes 17 expert panellists from across the UK debating three areas: ‘Future of Storytelling’, ‘Cross-sector innovation and the skills required’, and ‘ New Technology, New Audiences: Exploring the power of Immersive, 5G and AI to connect with untapped audiences’. It will also include a fourth OxLEP-led Q & A session with Jason Kingsley, OBE ,from Rebellion, the award-winning video games developer and TV, film, book and comic publisher, headquartered in Oxford.

A couple of dozen Oxfordshire creative and technology businesses, representing a broad spectrum of the creative industries will showcase their innovations while business surgeries, hosted by Creative England, the Creative Industries Federation, Digital Catapult, Arts Council England and others will offer informal advice and ‘drop in’ chats for businesses. OxLEP Skills and Growth Hub teams will be available in the OXLEP Pod to signpost and advise businesses.

The event will also highlight Oxford Brookes University’s pioneering £25m development, opening in 2020, that will establish a teaching, research and knowledge hub at the intersection of creativity, design and innovation. It will also showcase the University of Oxford’s MPLS division’s strengths in A.I, VR, AR, and Robotics.

We hope the event will inspire, inform, and spark new collaborations right across the creative sector in Oxford, Oxfordshire and beyond.