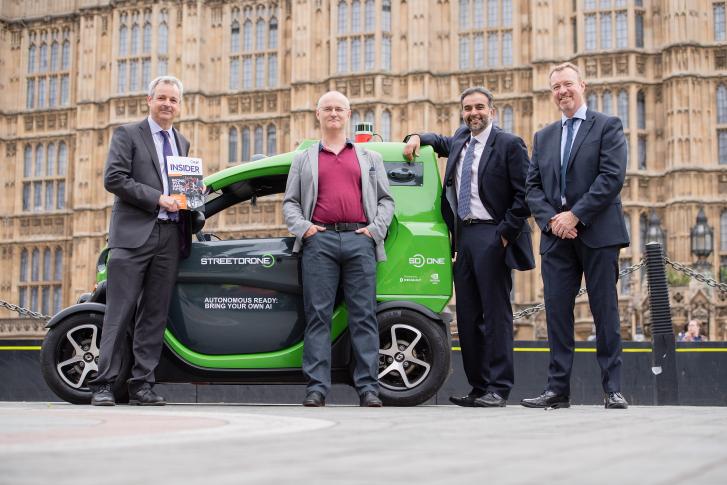 Oxfordshire is ‘very much open for business’ – that was the strong message OxLEP took to Central London earlier today (11 September) as it staged its first-ever House of Commons breakfast briefing event.

It was the first of four economic briefings lined-up for London over the next 12 months, which sees OxLEP ‘taking the Oxfordshire economy’ to a national stage, fronted by the four transformative technologies highlighted in last year’s Science and Innovation Audit for the county.

Hosted by North Oxfordshire MP – Victoria Prentis MP – on behalf of all Oxfordshire MPs, the briefing was led by Professor Paul Newman of the University of Oxford, leader of the Oxford Robotics Institute and founder of its spin-out, Oxbotica – a pioneering autonomous vehicle developer based at Culham Science Centre.

Oxbotica has promised trials of their autonomous vehicles on the M40 between Oxford and London during 2019.

Around 65 guests attended the exclusive event, including investors, foreign embassy representatives and companies working in AI and autonomous vehicle technologies.

Each briefing will highlight a transformative technology and how it could bring major global opportunities to Oxfordshire.

The county’s Science and Innovation Audit has suggested that Autonomous Vehicles, Space and Satellites, Quantum Computing and Digital Health has the potential to add £180billion GVA growth to the UK economy by 2030.

And, with world-class research and development capabilities that benefits both the regional and national economy, OxLEP emphasised that Oxfordshire is a key driver of ‘UK PLC’.

Nigel Tipple – chief executive of OxLEP – said: “The key message we took to our first House of Commons briefing was that we are very much open for business.

“With a GVA of £23billion per annum, we are one of only three net contributors to the Exchequer and – being home to two of the UK’s 13 ‘unicorn’ ($1 billion) tech businesses in Oxford Nanopore and the Milton Park-based Immunocore – we have a track record of nurturing genuine innovation and taking it to a world-stage.

The next House of Commons breakfast briefing will take place on 15 January, with a focus on space-led data applications.

Pictured above: Adrian Bedford from the Oxford-based StreetDrone, outside the Houses of Parliament with OxLEP's Sebastian Johnson, Ahmed Goga and Nigel Tipple.